After Acer announced it’s first Chrome OS tablet (Tab 10), Asus has become the latest to tread the same path with its own first budget Chrome OS slate. The company has announced the Asus CT100 Chromebook tablet that is built with teens and students in mind. Price and availability have not been declared but this could probably cost somewhere around $200. The new Chromebook lineup just days before CES 2019 in Las Vegas

Talking about the specs, the Asus CT100 Chromebook has a 9.7-inch touchscreen although it is not a 2-in-1 and does not come with a keyboard. The chassis will withstand drops to a certain extent with the rubberized chassis and the tempered glass display. It does ship with a stylus though that will help in taking notes and drawing. 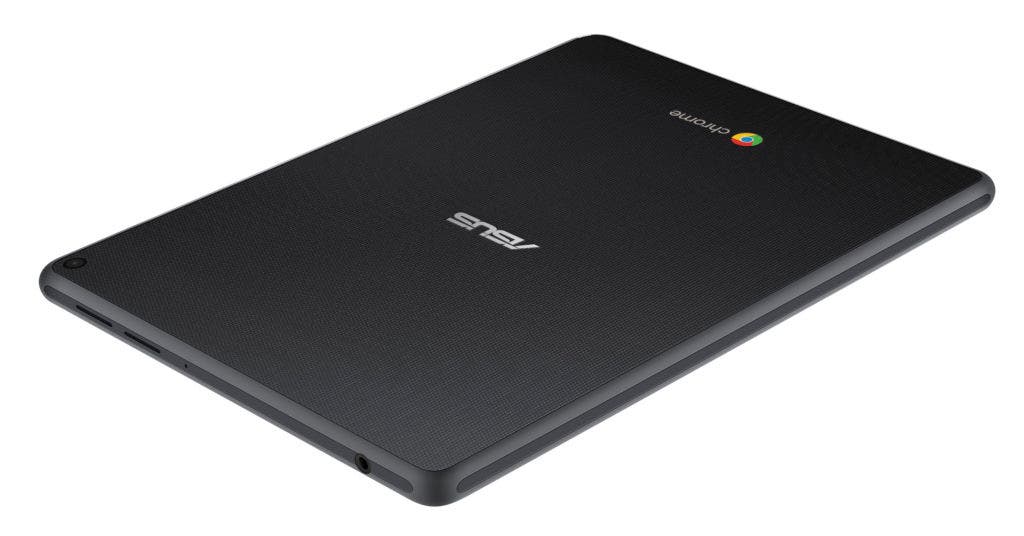 In terms of processing power, the budget Asus CT100 Chromebook has a hexa-core OP1 processor assisted by 4GB of RAM and 32GB of internal storage. It also has a USB Type-C port and can last upto 7 hours of use on a single charge, so claims Asus.