On January 4, a new Xiaomi handset with a model number of M1901F7C was approved by the Ministry of Industry and Information Technology.

According to the website of the Ministry of Industry and Information Technology, the new phone comes with a 6.3-inch display, dimensions of 159.21×75.21×8.1 mm, and a battery capacity of 3900mAh. 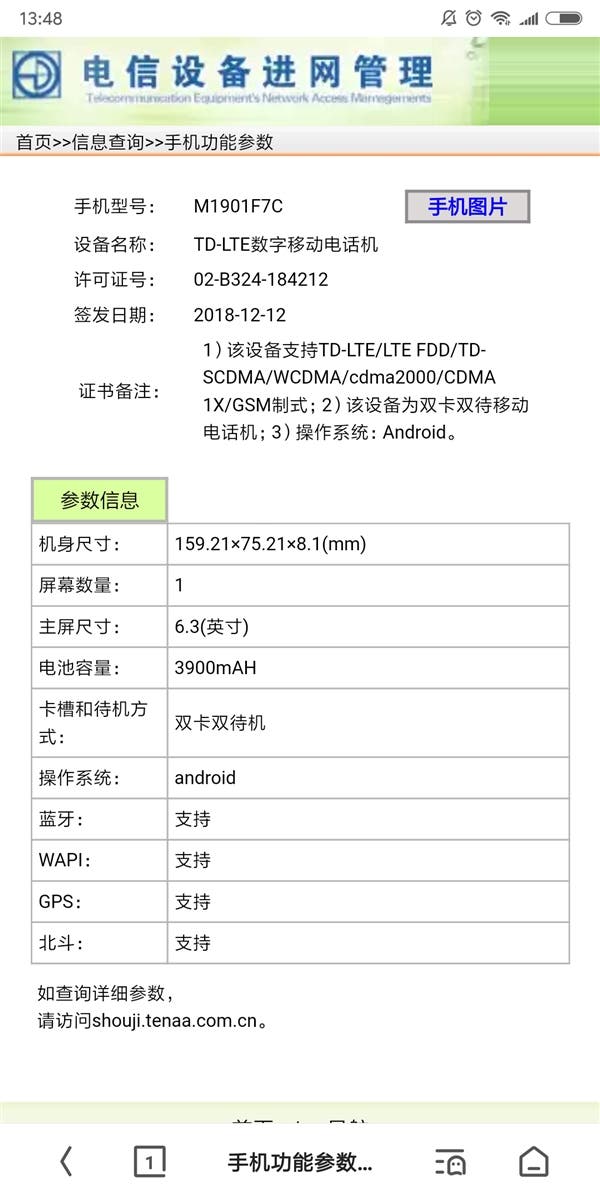 Yesterday, Xiaomi announced it will hold a conference on January 10 and officially confirmed Redmi is becoming an independent brand. So there is every reason to think this new phone got a TENAA certification will belong to the Redmi brand and not to Xiaomi itself.

If so, we can assume this new Xiaomi handset will be packed with a 48MP camera. As you remember, a few days back, Xiaomi co-founder and Xiaomi president Lin Bin published a photo, showing a new Xiaomi phone with a 48MP sensor on the back. It’s also thought the new device will use a glass body and support a rear-mounted fingerprint recognition.

The previous leaks and rumors also revealed the upcoming Xiaomi handset will be packed with a Qualcomm Snapdragon 675 chip, which features the new Kryo 460 architecture and the Adreno 612 GPU. Thus, it will provide better performance than the newly launched Xiaomi Mi Play. In addition, Lei Jun revealed that the forthcoming Redmi flagship will retain the 3.5mm headphone jack. Unfortunately, the TENAA document doesn’t confirm this.

As for the price that everyone cares about, Lei Jun said that Xiaomi will continue making good smartphones at affordable price tags, hinting that the price of the new machine will pleasantly surprise and worth looking forward to.

At last, the name of this Xiaomi handset is assumed to be the Redmi Pro 2.