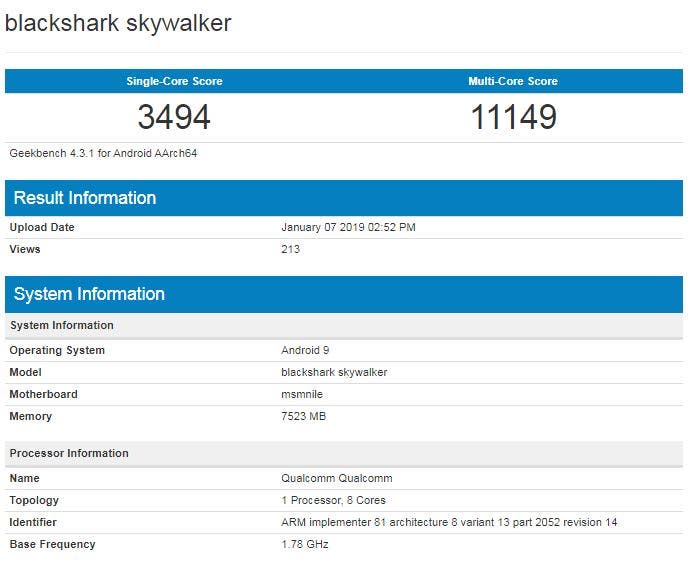 In addition, this processor will be supported by 8GB of RAM and its benchmark scores are quite impressive. Recall that the first generation Xiaomi Black Shark was top of AnTuTu list for many months. The Xiaomi Black Shark Skywalker scored 3,494 and 11,149 points for the single-core and multi-core tests respectively which is consistent with Geekbench listings of Snapdragon 855 powered phones.

It is very necessary to note that not all Snapdragon 855 powered phones will support the 5G network. The SD855 must come with a Snapdragon X50 LTE modem for it to support the 5G network. If a device with the SD855 comes with X24 LTE modem, it supports only 4G LTE but with top-notch SD855 performance. The official launch date, price or detailed design of this device are not known for now.

Previous Honor Play 8A is official with MediaTek P35

Next Xiaomi Cepheus with SD855 SoC appears on Geekbench