Today, Hisense, officially announced its new U30 at the Consumer Electronics Show (CES2019) in Las Vegas, USA. The biggest highlight of this smartphone is that it comes with a punch-hole front camera lodged at the top left corner of the display. This device uses a 6.3 inches display with a resolution of 2340 × 1080, which is officially referred to as the “Infinity-O” display. 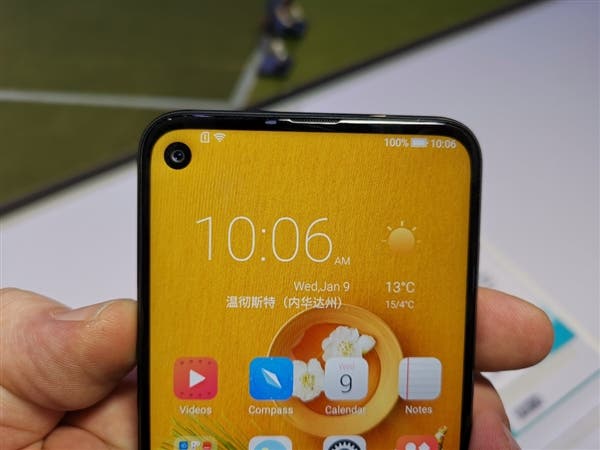 The Hisense U30 is also equipped with Qualcomm “SM6150” mobile platform. A Qualcomm spokesperson confirmed to “SM6150” is the internal code of Qualcomm Snapdragon 675. It seems that this is the world’s first Qualcomm Snapdragon 675 model with a “punch-hole camera” design. In the camera department, this smartphone comes with a 48MP + 5MP dual rear camera setup. This is the third 48MP camera phone after Huawei nova 4 and Honor V20. Unfortunately, the specific model of the 48MP sensor was not announced. Tomorrow, we will see the fourth 48MP camera phone when Redmi unveils its maiden smartphone as a standalone brand. 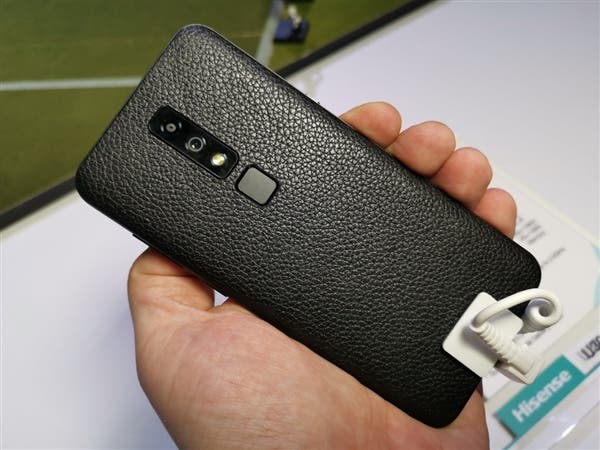 In addition, the Hisense U30 comes with 6GB of RAM and 128GB of internal storage. It has an 8GB + 128GB variant. Upfront, we have a 20MP shooter and the lights of this smartphone are kept on by a decent 4500 mAh battery which supports Quick Charge 4.0 fast charging technology. It runs on the latest Android 9 Pie system. 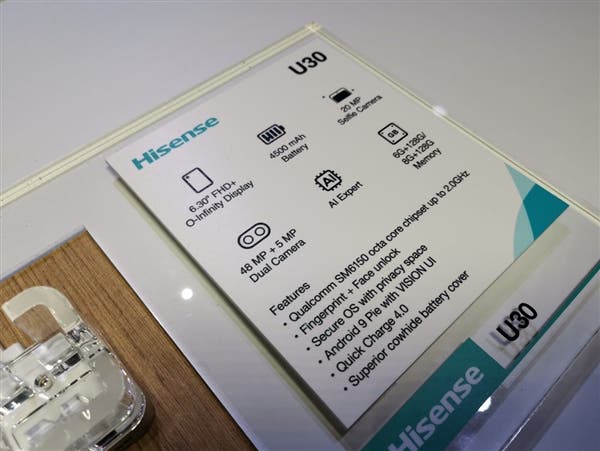 This appears like a flagship smartphone (mid-range processor though) that would be worth testing if the price is right. Unfortunately, the official did not announce the price or time that it will enter the market. However, the company said that this beauty will be available in China, Russia and some European countries.