Recently, Xiaomi’s Redmi brand was officially declared independent. The new brand has started with a strong foot by releasing one of the most cost-effective smartphones in the industry. The Redmi Note 7 comes with a 48MP camera, 18 months long warranty, 660, 4000mAh battery, Corning Gorilla Glass 5 and many more features all for 999 yuan ($148). 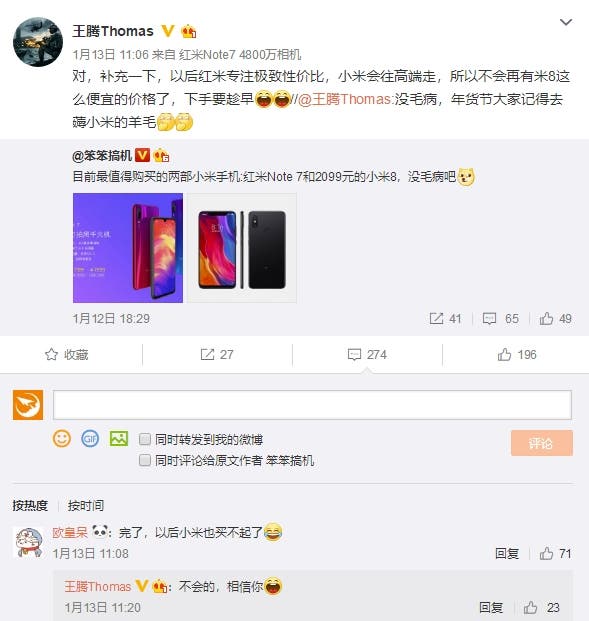 However, the birth of the Redmi brand will have some effects on the Mi brand, especially in its pricing. Wang Teng, product director of Xiaomi reminded everyone to take advantage of its current price cut and get the Xiaomi Mi 8 and the newly released Redmi Note 7. He said that since Redmi is now focusing on the cost-effective devices, Xiaomi will move on to the high-end smartphones and there will be no more cheap prices for the Xiaomi Mi 8 and its likes. 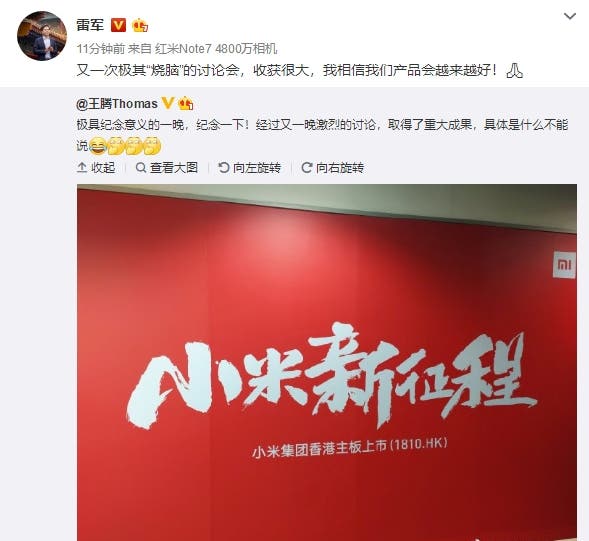 As a flagship model, the price/performance ratio of the Xiaomi Mi 8 has been well-received. Recently, it has dropped to 2,299 yuan ($340). It is generally regarded as the most worthy phones in the market. As of now, Xiaomi is conducting an in-depth discussion and decision-making on the positioning of Xiaomi and Redmi. In the future, the situation of Xiaomi’s mobile phone will change greatly.