In recent weeks, news about Google plans of releasing two more affordable smartphones has been making the rounds. Dubbed the Google Pixel 3 lite and Google Pixel 3 XL Lite both devices have leaked in renders, and are tipped to come with certain compromises that should keep the price down south, however, the recent revelation by a Geekbench listing leaves much to be desired. 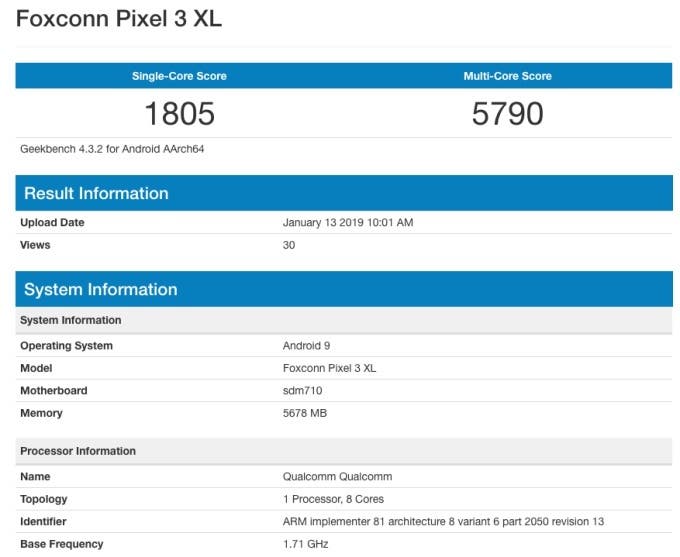 The increase could be a response to the recent memory management issues encountered by some users of the Pixel 3 and 3 XL. Although the firm has since rolled out updates to address the problems, ramping up the cheaper versions RAM size is considered a preemptive measure to forestall similar occurrence.

According to a benchmark listing, the Pixel 3 Lite XL will run Android Pie, and be fueled by the Snapdragon 710 SoC which should aid the Pixel 3 XL Lite with better battery management, given that the device won’t be getting any upgrade in battery size.

Next TrendForce: Smartphone production to drop by 5% this year