One of Motorola’s most famous phones, the Motorola RAZR, is rumoured to be (re)launched soon – this time as a foldable phone. At least that’s what a report from The Wall Street Journal informs.

According to the newspaper, people involved with the project have said that the new RAZR phone is going to be launched sometime this year and will be exclusive to Verizon, at least in the beggining. They also revealed the expected price tag to be around $1500, wich despite being quite hefty is in line with other announced foldable phones.

Lenovo’s CEO Yang Yuanqing already had hinted about the possibility of bringing back the RAZR brand last February, and the company even tried to relaunch the phone in 2011 as part of its DROID series, but without much success. 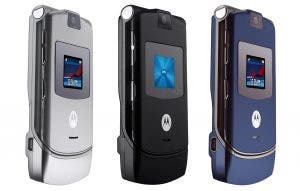 Originally launched in 2004, the Motorola RAZR was the world’s most popular clamshell cellphone, having sold more than 130 million units over its lifespan, and helping to consolidate Motorola as one of the biggest phone manufacturers then.

Now, owned by Lenovo, the company is trying to regain its status and is desperate for another big hit. Just like Samsung and Huawei are doing, aiming for the foldable smartphone market might be a good alternative, as it will definetly be a trend to follow this year. Will they make it?