We already know that Google is preparing its new system to succeed Android 9 Pie which is called Android Q. This system is also called Android 10 and we expect it to be launched in the summer of 2019. Now, an exclusive report by XDA-Developers has revealed a couple of features about the upcoming system. According to the detailed report, the system has Google’s February security patch with advanced access. Although this is not the final Developer Preview of this system, it shows us what Google has been doing over the past few weeks. 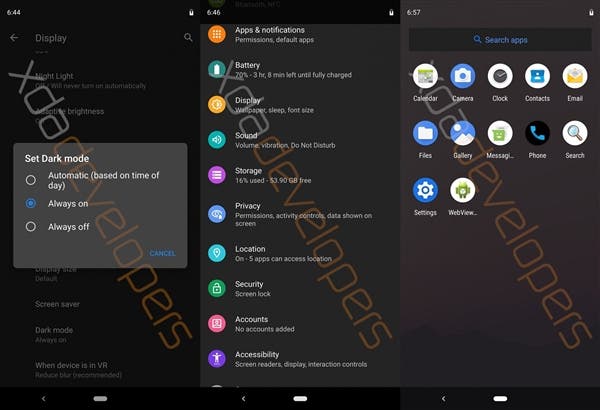 There have been speculations that the Android Q system will come with a system-wide dark theme mode and it appears that its true. The adaptation of the dark mode is quite high, including but not limited to the main interface of the system. Even the built-in core apps such as Chrome, contacts, stores, and YouTube can all switch. It is believed that Android Q will introduce the “override force-dark” feature, which means that even if third-party apps don’t have the dark theme compatibility, this feature can make them compatible. 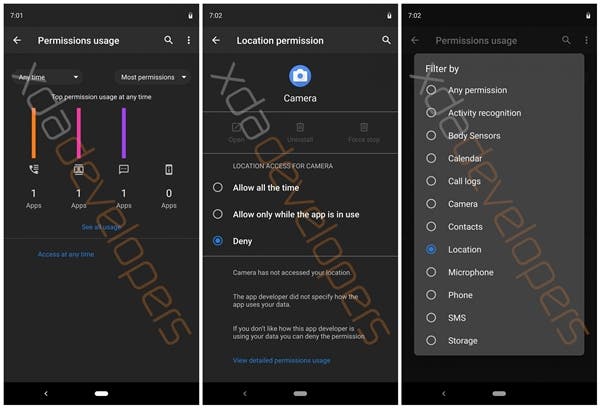 The Android Q system also comes with some new features such as “force desktop mode” which could be similar to Samsung DeX?. It also comes with “Game Update Package Preferences” which asks you to select a graphics driver and more. 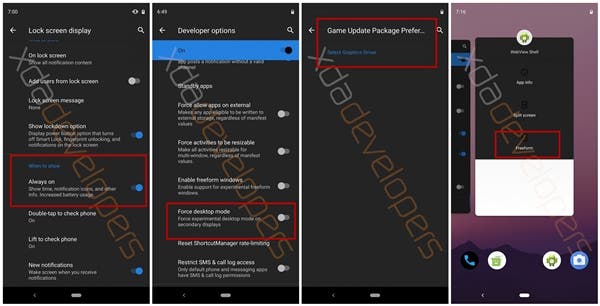 According to XDA-Developers, here are a few more features in the Android Q system.