Last year, VIVO was the first to showcase the first genuine full-screen smartphone concept, namely VIVO APEX. A year later, the new the APEX 2019 evolved again. Today, through its official Weibo channel, VIVO announced that the next-gen VIVO APEX 2019 (aka VIVO APEX 2) will be officially released on January 24. 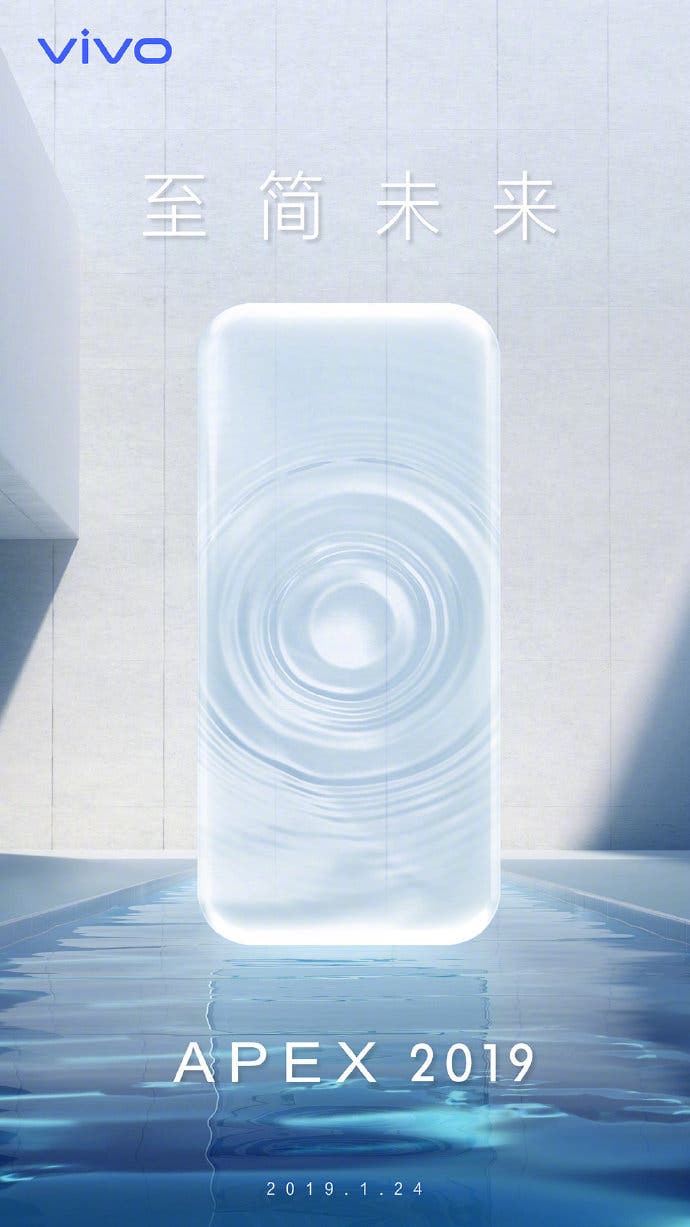 A few days back, on January 15, through the same channel, VIVO asked “What is the future smartphone? It will be seen on January 24′ However, there was no hint which smartphone will debut on this date. Previously, there was a poster of a mysterious VIVO phone, which was said to be inspired of a water droplet. It made a huge stir around it, as many people were thinking this is the upcoming VIVO APEX 2. So there was every reason to think the phone that is going to be uncovered on January 24 is that model.

Today, the company released a new poster and officially confirmed all these rumors. As can be seen from the poster, the R angle is much larger than that of the original APEX. Plus, the fuselage is rounder and seamless. The integration of the screen and the body is exactly what we imagine when saying the ‘future smartphone!’

Unfortunately, at present, the key features of the forthcoming VIVO APEX 2019 still remain unclear. There is a rumor that it may be equipped with the Qualcomm Snapdragon 855 flagship platform. As you know, it is the flagship product of Qualcomm this year. It is based on the 7nm process and uses new three-cluster octa-core architecture, the CPU clocked at 2.84GHz, and it is paired with an Adreno 640 GPU. In addition, the vivo APEX 2019 may be equipped with a half-screen fingerprint unlocking technology. The advantage of this technology is that it does not need to find a fixed fingerprint input position, and can be recognized anywhere in the lower part of the screen. We are also expecting the VIVO APEX 2019 may support a unique dual-fingerprint unlocking feature.