At a conference held on January 16 in Beijing, China, BBK electronics brand Oppo revealed its latest milestone in the smartphone camera technology in the form of its 10x hybrid optical zoom. The brand at the event did confirm that the tech is ripe for commercial and mass production.

Now, the firm has announced that it will be holding its pre-MWC event on Feb 23 where it might showcase the tech once again to a larger audience. While it never showcased any actual/prototype smartphone, the MWC February 23 will afford us the opportunity to see the tech put to use in an actual smartphone. The same device might also incorporate its new in-display fingerprint sensor with 15 times the active area of mainstream competing solutions, though no clear statement on that. 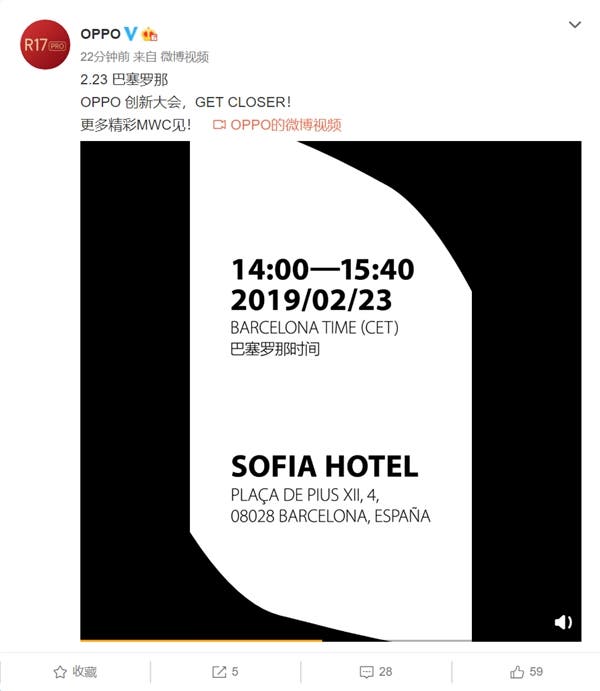 The equivalent focal length is 15.9 – 159 mm which meets the needs of users for multi-scene composition creation from super wide angle to telephoto.

Aside from the latest camera innovation, Oppo’s MWC theme is centered around several topics including Connectivity, AI, Industry 4.0, Immersive Content, Disruptive Innovation, Digital Wellness, Digital Trust, and The Future. While there are no official words to back the claim, there are words flying around that the firm might unveil its first foldable smartphone type. It remains to be seen though if this might benefit from the 10x hybrid optical zoom.