Last year, Lenovo owned Motorola took to far away Brazil for the unveiling of its Moto G6 mid-range smartphones, and now it looks like the company is targeting the same location for the launch of the 2019 Moto G7 series. While we were told a few hours back that the Moto G7 Power variant of the lineup was already on sale in some certain stores in the country, a new Geekbench listing appears to have revealed a few detail info about the upcoming Moto G7 Play.

Much like the base Moto G7, the G7 play listing on Geekbench reveals the aging Snapdragon 625 chipset, but with lower RAM size -2GB RAM, which is a nice upgrade over last year’s Moto G6 Play with Snapdragon 430. 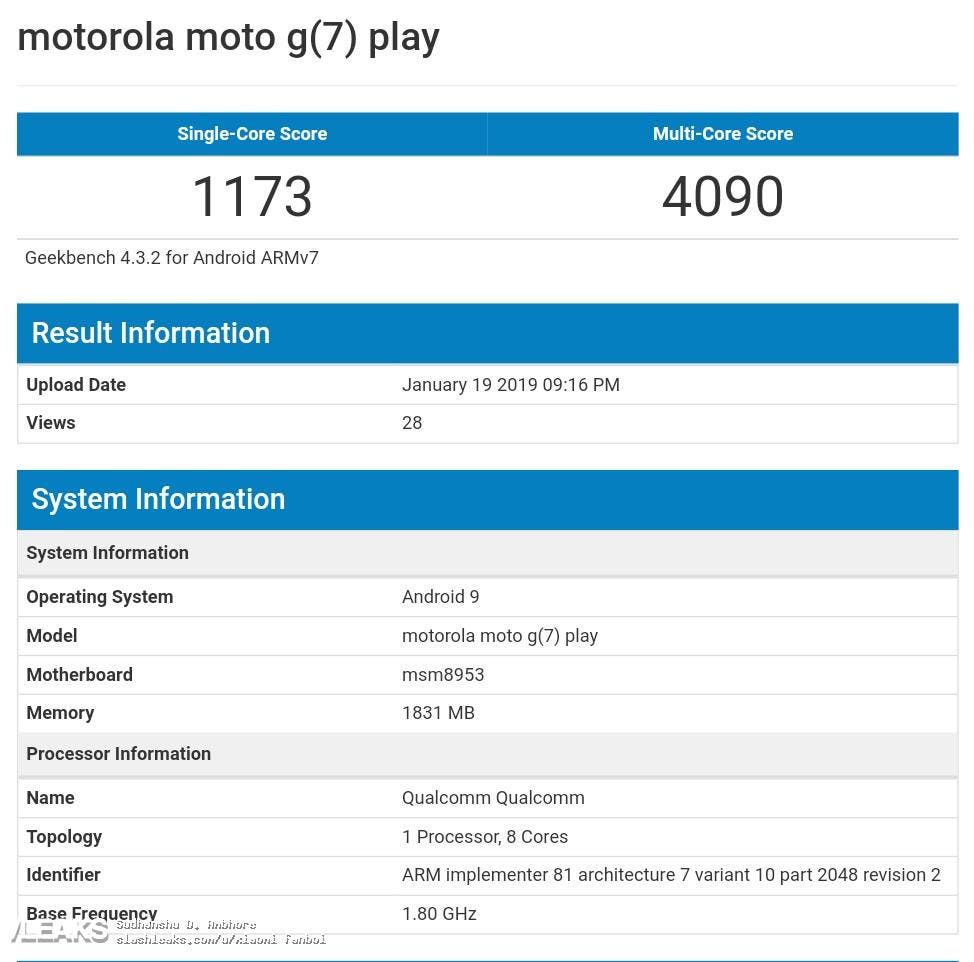 The device has scored 1173 in single-core and 4090 in the multi-core test respectively. The scores look similar to that of the Moto G7, but a tad lower, most likely due to smaller RAM size.

Like the other G7 variants, the Geekbench listing further reveals that the Moto G7 play will boot Android 9.0 pie out of the box. We can expect to see more details about these devices in the following days.