Samsung has a lot of important news this year. Of course the Galaxy S10 is the center of attention at the moment, but the entry and the middle range will get a quite important changes. One of these phones is the Samsung Galaxy A30.

This phone will be in the lower range, it has surfaced on the Geekbench benchmark website. As the benchmark reveals it has the model number SM-A305F and it will be powered by the Exynos 7885 SoC, the same chip that powers the Galaxy A8 (2018) and Galaxy A8+ (2018). 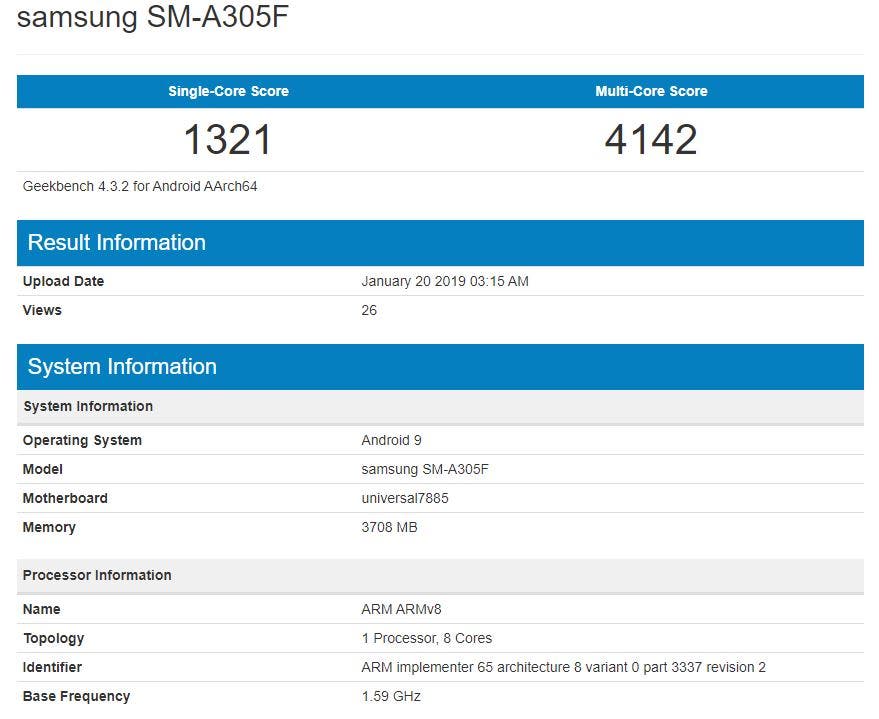 It seems that although this Galaxy A30 is designed for the entry range, it can be very competitive in terms of performance. It has 4GB of RAM, which brings it closer to the midrange than to the low range, as well as 32/64GB of internal memory.

It is also noteworthy that the version of Android that is running is Android Pie, the latest version of the operating system that will be standard for all Samsung’s new smartphones this year.

There is no word on when any of these new Galaxy A smartphones will be announced. They aren’t likely to hit retail before the Galaxy S10, because Samsung tends to make its newest flagship the first on the market with the latest version of Android out of the box. We will see if there are new details of the A series during the Mobile World Congress in Barcelona next month.