OPPO’s Find X was one of the most acclaimed smartphones of 2018. Featuring a motorized slider design wich covered the front cameras, the phone managed to reach an impressive screen-to-body ratio of almost 87%, one of the biggest available when it launched back in June.

Following its immense success, OPPO released a few other smartphones through the rest of the year, but none of them was met with the same praise. Since then, people have been asking when (and IF) the Find X will get a worthy successor. But according to the youtuber Mrwhosetheboss, it might be closer than expected.

In his latest video, he describes some of the features rumoured to be included on the upcoming phone, as well as its design. Some of them are the 10x optical zoom and the new in-display fingerprint scanner technology that the company announced last week. 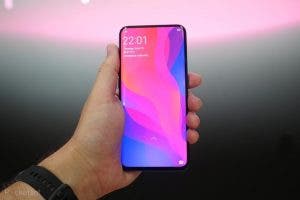 Besides that, rumours points that the new phone will feature in-display “punch hole”  cameras, following the recent trend. This means that the Find X2, unlike its predecessor, won’t have any moving mechanisms. The new design also means the phone will be able to have some level of waterproofing.

Other novelty of the model might be the support to wireless charging. Even with OPPO’s proprietary VOOC Charge (and SuperVOOC on some versions), capable of charging an empty battery in just 35 minutes, some users still missed the feature on the first Find X.

The company hasn’t commented on the subject yet, and no official information has been released about the upcoming phone, but the Find X2 is expected to launch in June – exactly one year after the original.