Nokia was one of the early manufacturers to out an Android Go device in the shape of the Nokia 1. Now, it seems the Finnish handset maker is readying a refresh of the line with the Nokia 1 Plus. The name does seem odd (Nokia OnePlus) but the specs are what you would expect from an entry-level device. As per a leak be TigerMobiles, the Nokia 1 Plus is an Android Pie-running device with an upgrade in some specifications over its predecessor.

The leak suggests the handset will have a screen resolution of 480 x 960 while exact size is not mentioned. The System on Chip is expected to be Mediatek MT6739WW which is a minor upgrade over the Mediatek MT6737M (28 nm). RAM is believed to be 1GB while storage details have not leaked just yet. 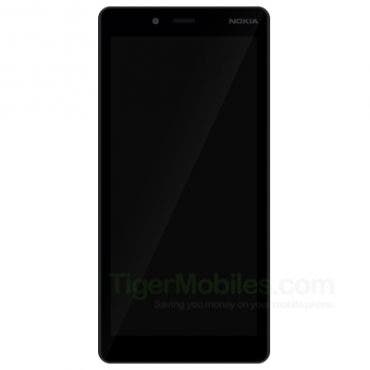 Camera configuration and battery details also stay in the wraps but there is a sketchy render of the front of the device. In terms of connectivity, the source says the Nokia 1 Plus will have dual nano-sim, connectivity features (the standard GPS, Wifi, micro-USB, and Bluetooth) along with the sensors available in Nokia 1. Price details and launch dates are also not known just yet but it could launch next month judging from the launch date of the Nokia 1.