Today, Xiaomi’s new media senior engineer Zou Longjun, took to Weibo to drop a huge hint that the Xiaomi Mi 9 will come with a triple camera setup. He said, “the Mi 9 is very good and worth having”. He added, “You know, you must take three photos to meet the first-class standard.” The Xiaomi Mi 9 is a flagship phone and no doubt, Xiaomi will make this phone meet the “first-class standard” 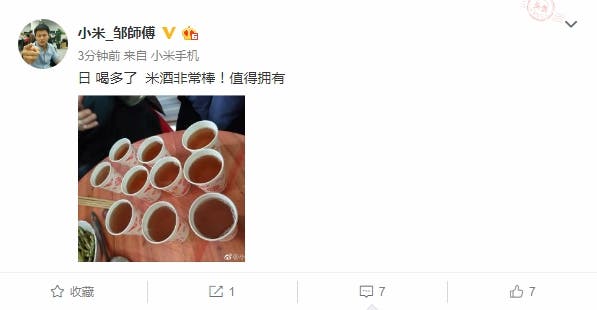 Currently, in the DxOMark rankings, the Xiaomi Mi MIX 3’s comprehensive score of 103 points is second only to Huawei Mate 20 Pro, Huawei P20 Pro, iPhone XS Max,  HTC U12+, and Samsung Galaxy Note 9. As a new generation flagship, the imaging effect of Xiaomi Mi 9 is worth looking forward to.

On the core configuration, Xiaomi Mi 9 is expected to be equipped with a Qualcomm Snapdragon 855 flagship platform. It is built on the 7nm process technology and it adopts a new three-cluster eight-core architecture. The CPU clock speed is up to 2.84GHz, the GPU is Adreno 640, and its AnTuTu score exceeds 360,000. In addition, Xiaomi founder and CEO, Lei Jun, revealed that Xiaomi Mi 9 will be better. At present, a new Xiaomi model (M1902F1T/A) passed the 3C certification, and its charging power reached 27W. It may be the upcoming Xiaomi Mi 9 and we can not also rule out the possibility of wireless charging support.