In 2018, Samsung yielded its positions in the smartphone market. But this year, it is going to win back its popularity. It was the first to launch hole-punch screen smartphone that has already managed to become mainstream. It has developed its own 48MP camera sensor to compete with Sony’s model. And its annual flagship is going to become one of the most powerful devices around the globe. These are not just words. Besides those numerous leaks, today, the Samsung Galaxy S10+ spotted in the GeekBench database with a model name of samsung SM-G975F. Its running scores are noteworthy.

This phone is equipped with Samsung’s own Exynos 9820 processor (and there will be the Snapdragon 855 variant as well), which single-core performance is quite eye-catching, reaching 4,472 points! For reference, the GeekBench running point of the Apple A12 bionic chip is 4801, while the Huawei Kirin 980’s single-core running score is about 3400 points, and the Snapdragon 855’s single-core running score is also around 3400 points. 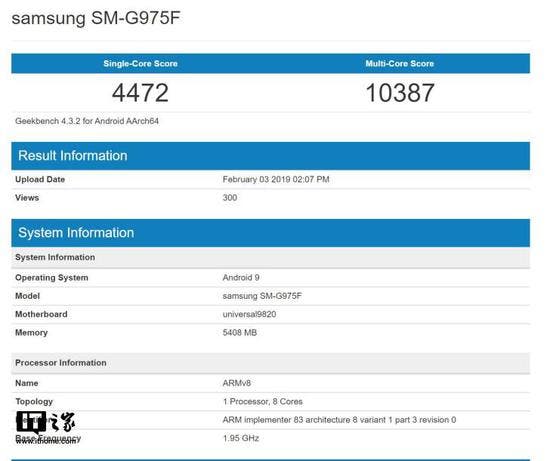 This simply means, from the perspective of single-core running points, the Samsung Galaxy S10+ smartphone equipped with Exynos 9820 should be the closest rival of Apple’s A12 chip.

Also, the GeekBench data shows the machine is equipped with a 6GB of RAM, which further confirmed the rumor that the Samsung Galaxy S10+ will come with a memory capacity starting 6GB. The multi-core running score exceeds 10,000, which is close to the Snapdragon 855 and Kirin 980.

As a reminder, the Exynos 9820 was released in November last year. It uses the DynamlQ architecture, dual-core Exynos M4 + dual-core Cortex-A75 + quad-core Cortex-A55 design, an 8nmLPP process, a Mali-G76 MP12 GPU, which increases the graphics processor performance by 40%. Plus, there is an independent NPU.

The leaked configuration is as follows: 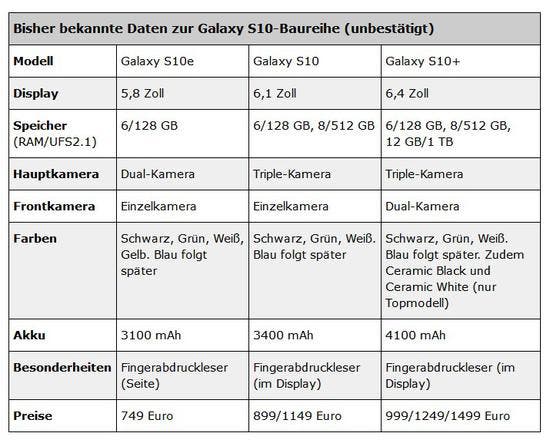 Next Galaxy M10 and M20 duo sold out within minutes