Samsung seems to have been developing One UI 4.0 on top of Android 12 for its old flagships. According to recent reports, 2019 flagships like the Samsung Galaxy S10 and Galaxy Note 10 could get this system. The above mobile phones have appeared on Geekbench with the Android 12 system. There are speculations that Samsung is currently testing this system and the first public version will be available in a few months. 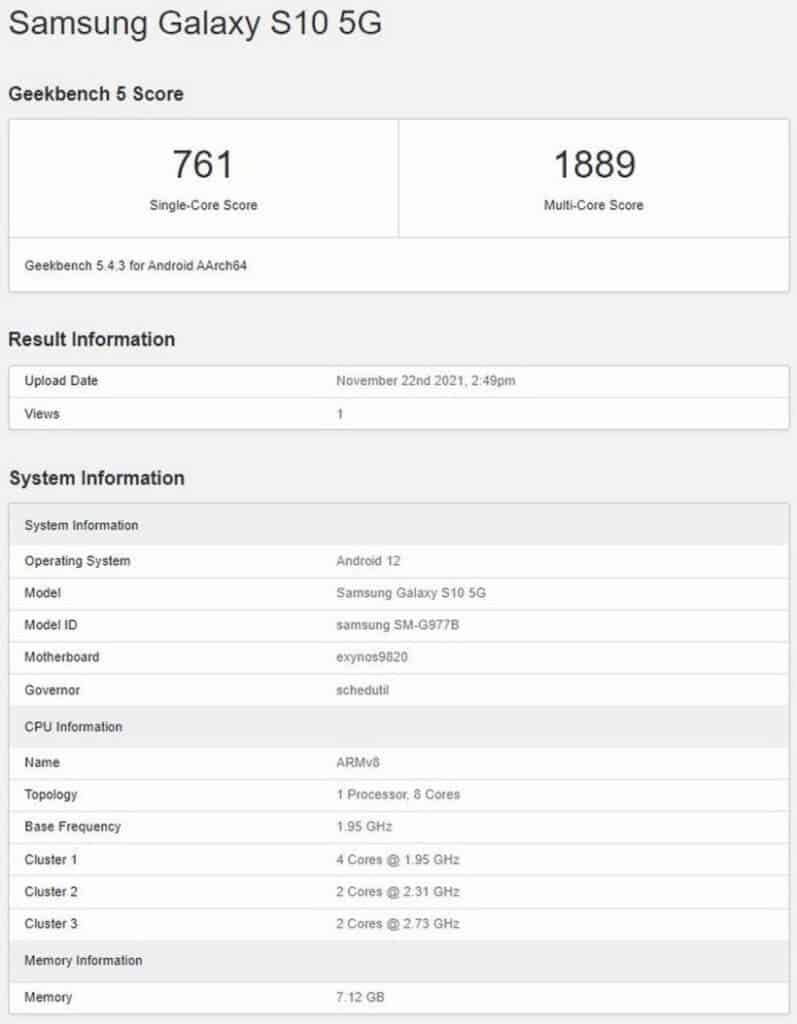 The appearance of the Samsung Galaxy S10 5G and Galaxy Note 10 5G with Android 12 on Geekbench is not full proof that Samsung is working on this update for these smartphones. Although there is a certain possibility of fraud, these Galaxy flagships look like they are running Android 12. However, the benchmark scores are within the normal range. The same goes for the hardware specifications of these smartphones on Geekbench. 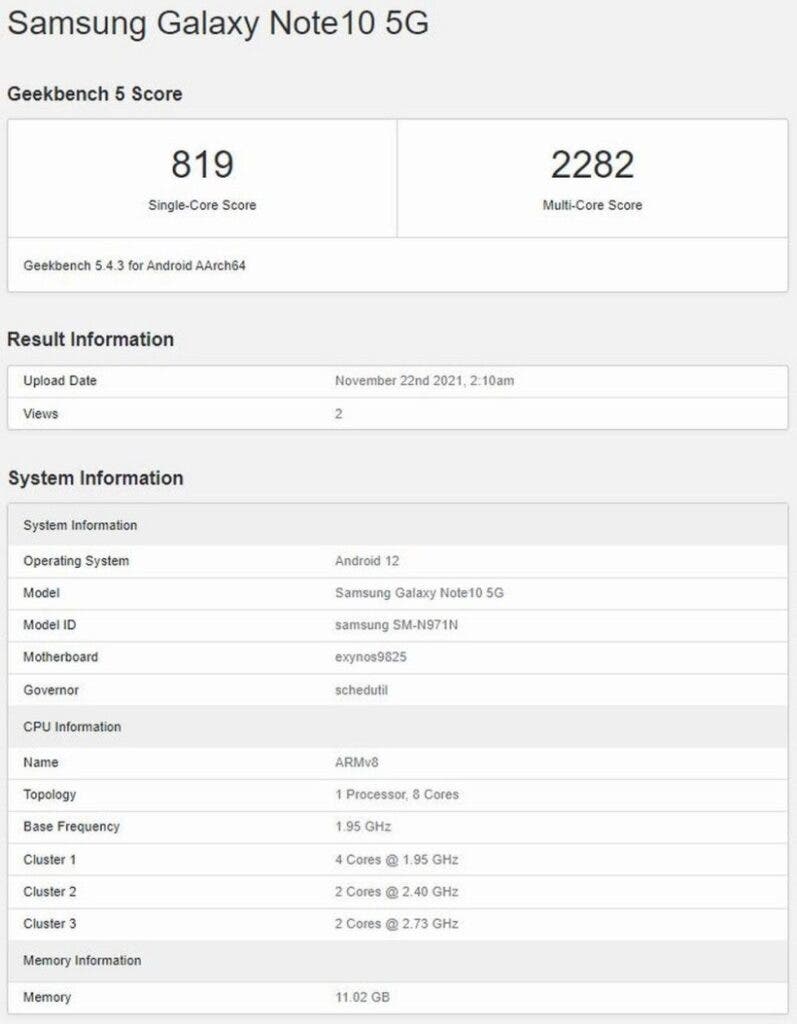 How many features of One UI 4.0 will support the Samsung Galaxy S10 and Note 10 series is also worth paying attention to. This is even more important because the Android 12 will be the last Android major version update for the above models.