In recent times, Apple has been subject to multiple lawsuits from individuals and competitors. The company is now faced with a lawsuit asking it to cease the deactivation of old chargers. It is reported that in November 2016, the company released an update (presumably version 10.1.1) which was “designed and programmed to reject, starting in November 2016, old iPhone chargers from properly charging the iPhones.” This means that for the users to get a proper charge, they have to purchase a new iPhone charger. It’s not a good practice because the users paid for the phone and you get to tell them when to get a new charger whether they like it or not. Interestingly, third-party accessories were also affected thus the lawsuit focuses on older Apple chargers. 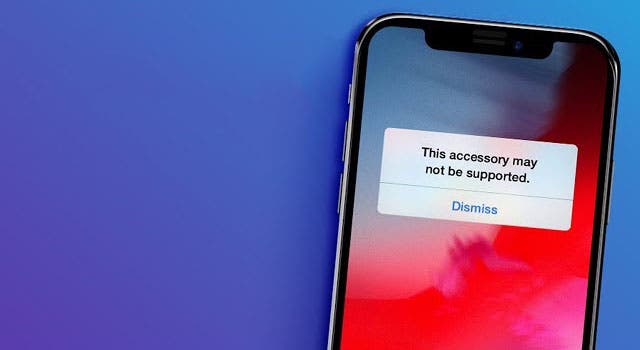 According to the complaint filed by Emerson, she got an iPhone 7 in September 2016 and the charger (in the box) worked perfectly until around October 2017. Suddenly, the charger stopped working with the alert “this accessory may not be supported.” Emerson argues that herself and thousands of iPhone users may have been forced to buy a new charger, she described the act as fraudulent and she’s suing Apple for damages.

In or around October 2017, Plaintiff attempted to use her Apple Charger and received a message that read “This accessory may not be supported.” Thus, requiring that people buy a new charger for her iPhone. Upon learning this, Plaintiff felt ripped off, cheated, and violated by Defendant.

In situations like these, customers should have a right to choose and it is not fair when you impose a “compulsory charger buy” on them. The lawsuit also wants Apple to notify all affected customers and “engage in corrective advertising” to correct this action. Recall that Apple is still in the middle of a lawsuit because it quietly reduced the performance of the CPU of some iPhones when the battery is low. The company admitted to this act and it will take some time for the court to reach a verdict.