OPPO is launching a mid-range smartphone dubbed the OPPO F11 Pro soon – that has been pretty much confirmed by the company. No official date yet though, but rumors suggest it could launch sometime in March. Ahead of its official unveiling, the maker in its hyping game has in the past release some revealing posters, and now, we have yet another image teaser from the company.

All along we have known that the OPPO F11 Pro will come fitted with a 48MP rear camera, and all the leaks and teasers we have seen revolves around that. The new teaser which comes in the form of a short video reveals the device from all angles while highlighting its key selling points.

As expected the video reveals an OPPO F11 pro with full-screen display without a notch, curved, gradient glass back and a pop-up selfie camera that shots up from the top middle of the device. The bezels are fantastically thin or almost non-existent, but that should not be taken with all seriousness given that we have seen similar renders that turned out a disappointing piece of a device with more than enough bezels.

At the rear, the teaser video confirms the dual rear came arrangement with a fingerprint sensor, so the OPPO F11 Pro isn’t getting an in-display scanner.OPPO also has a brief video teaser on Twitter with centers around the devices panoramic Screen, which is a fancy name for a full-screen notch-less display.

One of the rear cameras is tipped to be a 48MP sensor, but we are not sure if OPPO will go for Sony IMX586 or the Samsung ISOCELL GM1 sensors. OPPO in previous and even present teaser has always touted the camera’s Super Night Mode to enhance low-light photography which gadgets360 notes works with Oppo’s exclusive AI Ultra-Clear Engine which includes the AI Engine, Ultra-clear Engine, and Color Engine. The AI Engine and Ultra-clear Engine delivers the perfect Super Night Mode which intelligently recognises scenes and optimises the settings. It also helps in optimization for image-stabilization during long exposures, low-light performance, and skin brightening,” 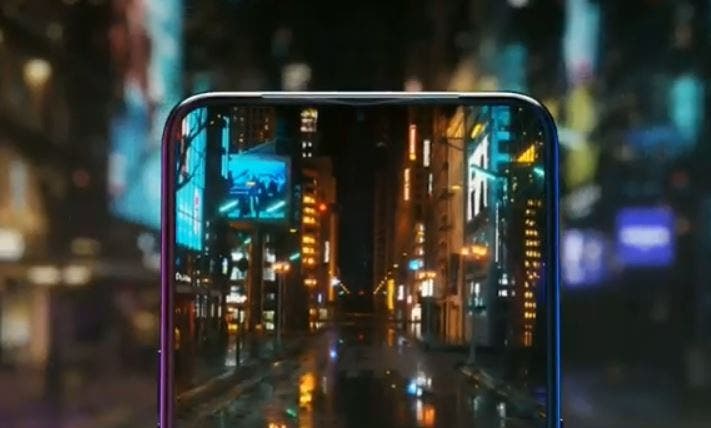 Other details are still scarce, perhaps the company is keeping all that under wrap and is only concentrating on the device’s camera prowess. OPPO hasn’t given any definite launch date yet, hower, reports say the device could be available for reservation from February 28, while its actual unveiling will be delayed till around March 8.

Next Sony Xperia 10 and Xperia 10 Plus European pricing revealed