Countries like the US and UK – will see 5G networks launch in the latter part of 2019, though the next-generation 5G coverage won’t be widespread until after 2019, however, manufacturers in a matter of days will begin to roll out 5G capable phones especially for those who want their next pick to be future proof.

Smartphones OEMs haven’t been shy about their plans to launch a 5G smartphone in 2019, with the like of Huawei, Samsung, and LG at the forefront. The MWC19 is a few days away and we have learned that the Barcelona event will see the launch of not only foldable phones but also 5G capable phones.

The Chinese company ZTE that was on the verge of bankruptcy some months back has also confirmed it will be showcasing a 5G phone. The company has released a launch teaser for February 25th at 10.30am CET at the GSMA Media village, Press conference room 4 in Barcelona.

Although the launch poster says the 5G phone will be a ZTE AXON phone specific details of the said device are sparse or non-existent, however, chances are that the device will pack the Snapdragon 855 chipset and its X50 LTE modem. There are speculations too that the Axon phone could be the alleged ZTE AXON 10 PRO which surfaced on Geekbench and the EEC database a while ago. 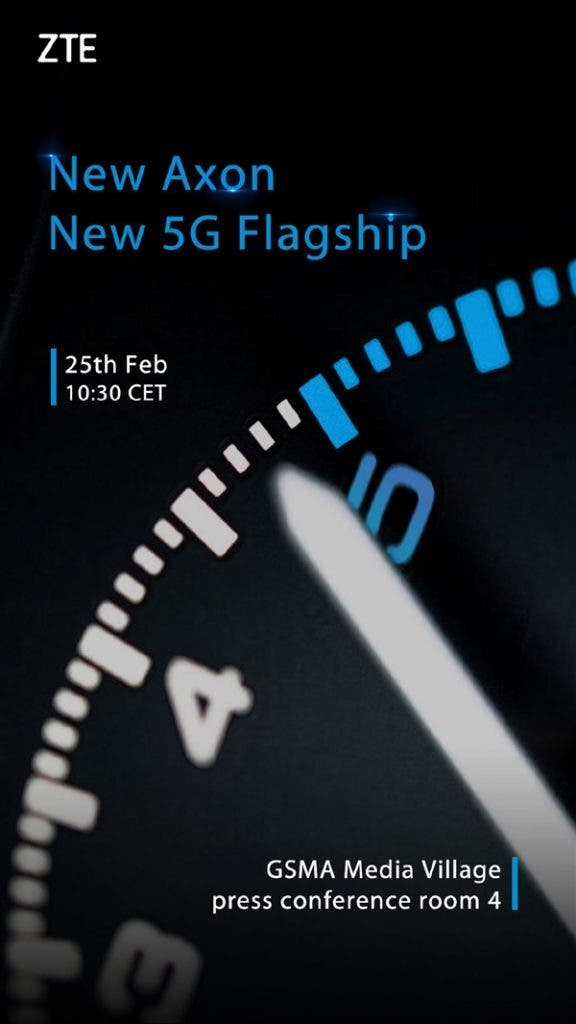 The model that landed in GeekBench realm came with the ZTE A2020 Pro model number, and since the Axon 9 Pro is the ZTE A2019G Pro it’s safe to assume that we are talking about a successor for the company’s former flagship. The new device achieved a whopping 10762 points in the multi-core score and very respectable 3824 points in the single-core tests. The listing says the device will use an unnamed SoC with 6GB of RAM while it will boot Android 9 Pie out of the box.

Previous LG thinks it's 'too early' for an LG foldable phone

Next Jingdong has about 90,000 reservations for Xiaomi Mi 9 without price