Today, a new Meizu smartphone with model number M1923 Meizu appeared on AnTuTu database and it is believed that this should be the upcoming Meizu Note 9. The Note 9 is equipped with a Qualcomm Snapdragon 675 mobile platform which is based on 11nm process technology and it uses an Adreno 612 GPU. On AnTuTu, this device hit 175,897. The company has confirmed that this smartphone will be released on March 6 and it will be the latest mid-range smartphone from Meizu. 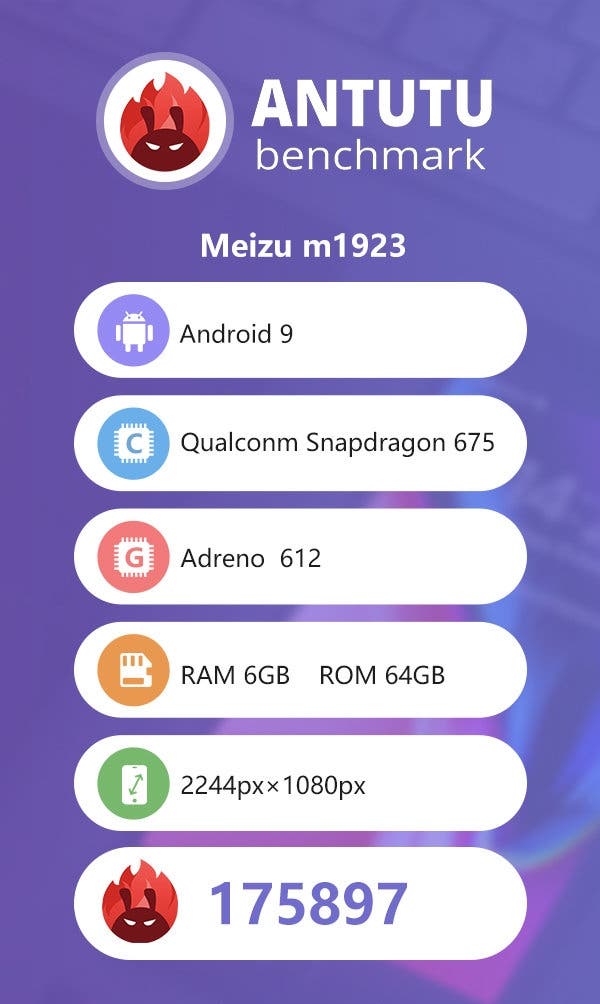 The camera department of the Meizu Note 9 is an aspect to look out for. It comes with a dual rear camera setup – comprising of a 48 MP, coupled with a 5 MP depth sensor. On the front, this smartphone boasts of a single 20 MP sensor will take charge of selfies and video calls. Though not confirmed, there are reports that Meizu might go for Samsung ISOCELL GM1 48 MP – the same sensor on the Redmi Note 7. According to the recent TENAA listing, the Meizu Note 9 will come with a 6.2-inch IPS LCD waterdrop notch display. It has a resolution of 2244×1080 pixels and an STBR similar to that of the Redmi Note 9. It appears that the Meizu Note 9 will be a perfect competition for the Redmi Note 7 as it comes with a 4000mAh battery.