LG mobile this evening at its MWC event in Barcelona showed the World what its plans for the future of mobile. The brand aside from updating its annual G flagship series also announced an update to its phablet V series – the LG V50 ThinQ. The device is LG’s first ever 5G enabled phone, and its take on Samsung’s latest Galaxy S10 5G.

The LG V50 ThinQ very much looks like the V40 from last year albeit a glowing yellow 5G logo that lights up whenever it hooks up with the 5G network. It gets the Snapdragon 855 chipset with an embedded Qualcomm X50 modem touted to offer up to 20 times the speed of 4G”

The device retains the V40 triple- rear camera array – a 12-megapixel standard shooter, a 12-megapixel telephoto lens for portraits and zoom, and a wide-angle lens that gives you 108 degrees of visibility to pack more into each shot. LG isn’t going the way of other OEMs here, it has to stick to the capacitive rear fingerprint scanner on the rear, while the selfie shooter has doubled to two -an 8-megapixel sensor and 5-megapixel sensor which work together for more impressive camera depth effects. 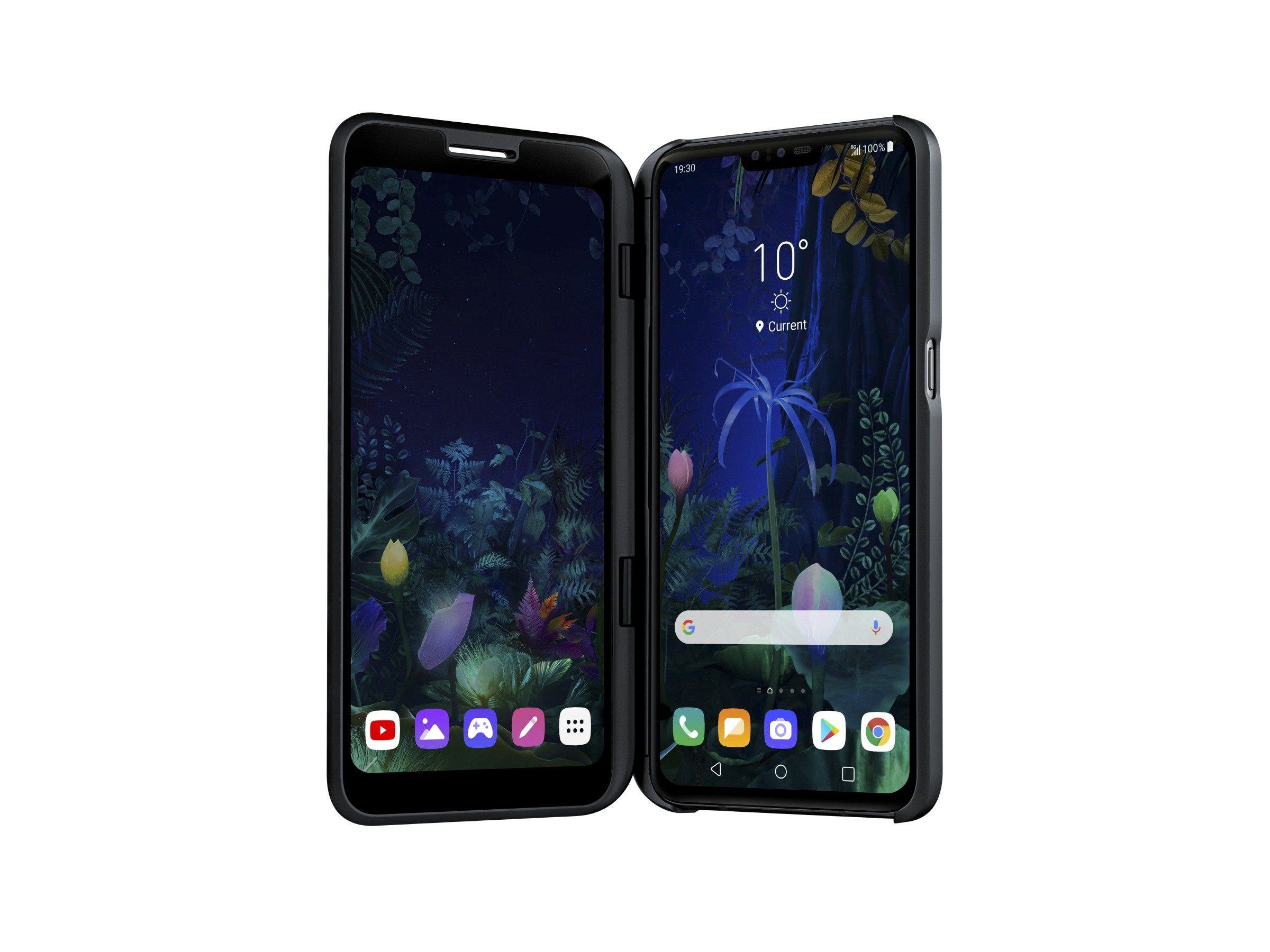 LG has steered clear of not only the in-display fingerprint sensor but has also steered clear of the punch hole as well as the foldable display tech that is widely gaining traction. Although the V50 ThinQ isn’t by any way a foldable phone, it is also LGs way of competing with foldable phones from rival companies thanks to its Dual Screen accessory that attaches to the phone like a case and offers twice the screen real estate. The accessory has a 6.2-inch OLED display that depends on the  V50’s internal battery, hence the reason the Korean stalwart has equipped the V50 with a 4000mAh battery.

The LG V50 ThinQ 5G will come in a single Aurora Black color, and while we are not sure when it will hit the shelves, LG has partnered Sprint for the LG V50 ThinQ.