The Xiaomi Mi 9 was in the spotlight. So we even didn’t pay attention to the three charging products launched by the manufacturer at the event on February 20. But if you remember, at the conference, the manufacturer uncovered the wireless charging pad, wireless car charger, and wireless power bank. Today, on February 25, the Xiaomi 20W wireless car charger opened an appointment in Xiaomi Mall. It’s priced at 169 yuan ($25). So we think many would like to get their hands on it. 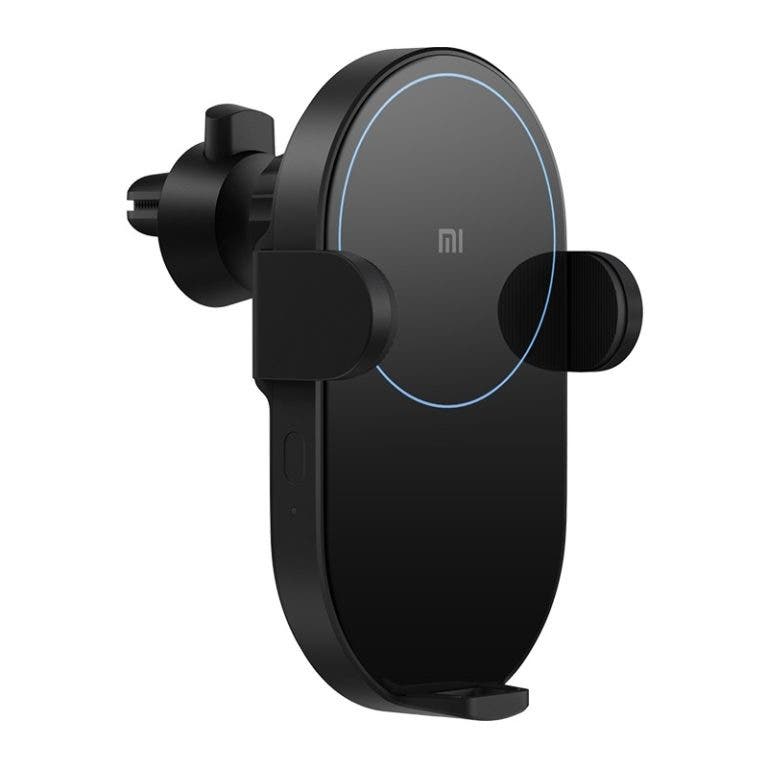 The Xiaomi 20W wireless car charger adopts the integrated 2.5D glass material as the charging panel. There is a LED that turns into blue when it is plugged to the power source. The car charger has its own fan, which can adjust the air volume according to the temperature, and it also has a built-in metal bracket to enhance the cooling effect during charging. When charging at high power, the charging time can be greatly reduced.

Our protagonist also comes with an infrared sensor. When the phone is close to the frame, the arm is automatically opened and contracted by the motor drive. The bracket also has a touch button, which can be automatically opened by a single touch, which is convenient for the user to operate with one hand.

When the arms opened, its width will reach 81.5mm. This means you can put inside most of the current models, including the Xiaomi Mi 9 or the iPhone Xs Max. Its bracket air outlet clip has a versatile design, coming with its own flexible silicone. So through the clip spring clip, it can firmly clamp the air outlet. In addition, it also comes standard with an adhesive base, which is directly attached to the inner plane of the car.

Next Nokia 9 PureView Hands-On from MWC 2019