A few days ago, Chinese manufacturing giant, Xiaomi, released the Xiaomi Mi 9 which is its first flagship smartphone for this year. Earlier today, the company held the first official sale for the Mi 9 and as expected, this smartphone sold out in less than one minute – specifically 53 seconds. A couple of hours later, the first broken Xiaomi Mi 9 appeared online. Recall that the Mi 9 was released for 2999 Yuan ($448). 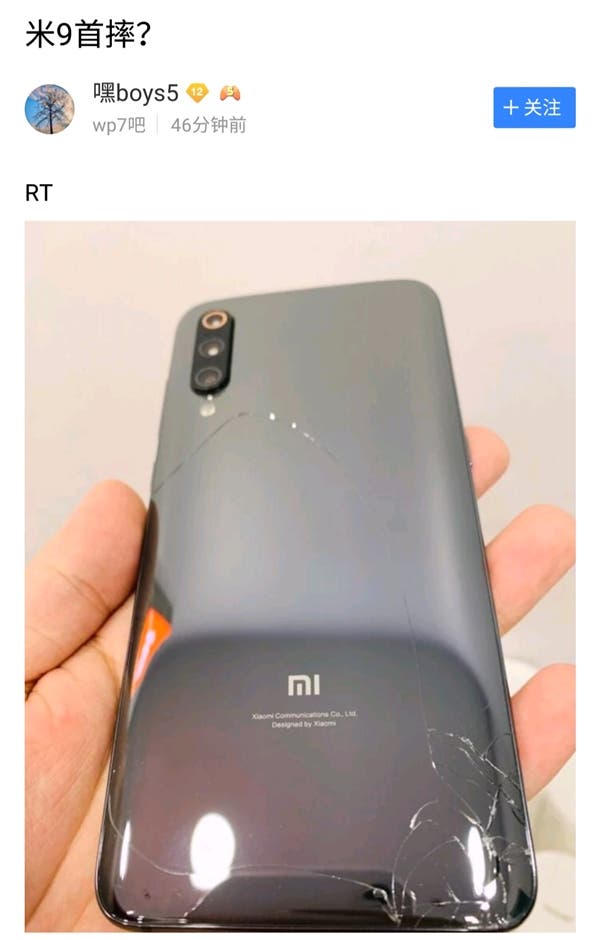 Looking at the damage from the image, it appears that the smartphone took a heavy hit on the down-left corner of the rear of this device and the cracks radiated up towards the camera. It is worth noting that Xiaomi Mall provides accident protection service for the Xiaomi Mi 9 at a price of 299 yuan ($45). When the smartphone is accidentally dropped, squeezed, collided or fluidized due to human factors (resulting in damage) the device will not be covered by the original factory warranty. Thus the small fee will be required for maintenance service.

Xiaomi Mi 9 was sold on many major e-commerce platforms (official data said that the Mi 9 sold out in 53 seconds), and the next round of sale is at 10 am on March 5.