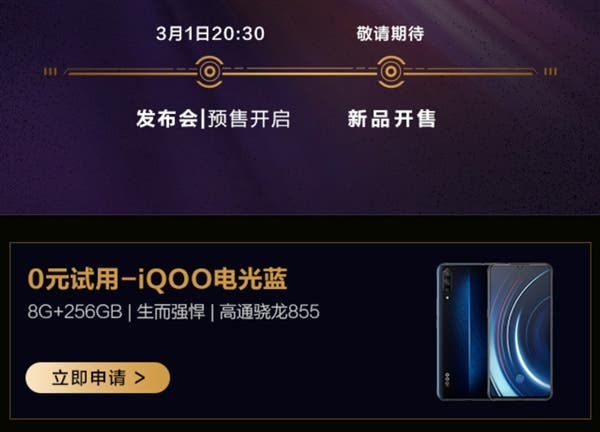 As we already know, this device comes with a triple camera set up on the rear coupled with a sixth generation on-screen fingerprint sensor. The new iQOO smartphone is equipped with a Qualcomm Snapdragon 855 flagship platform coupled 12GB of RAM and 256GB of internal storage. The lights of this smartphone will be kept on by a 4000 mAh which supports 44W fast charge. In addition, the new phone is also equipped with NFC and a Type-C interface.

It is worth mentioning that this smartphone not only gives a smooth game time, it also brings extraordinary esports experience, gamers should look forward to this device. The vice president of Vivo and the head of the iQOO brand said that the brand is aimed at the ultimate Internet users. Whatever internet users want, the iQOO brand will try to achieve.

Previous Apple Watch Likely To Get Sleep Monitoring Feature by 2020