Smartphones with foldable displays are all the rage right now. They incorporate a tablet and a smartphone in a single device, thereby obliterating the need for going about with a tablet and a separate smartphone-size device. The reality is that the foldable tech is an evolving one, and at this stage not within the reach of everyone. Now, what about a device that is semi-affordable, with big-screen that’s designed to work equally well as a tablet and smartphone, well, Lenovo is offering you that option as proof once more that the phablet form factor isn’t dead yet.

While it hasn’t revealed any 5G or Foldable phone at the ongoing MWC 2019, Lenovo at the ongoing MWC2019 announced the Lenovo Tab V7, a smartphone that’s fit to be a tablet and can almost fit into your pocket.

Ignore the name, the Lenovo Tab V7 isn’t actually a normal Android tablet, but a smartphone or if you like a Phablet like we use to know them back then. However, unlike the old phablets with the traditional aspect ratio that makes them bigger than the screen sizes no thanks to the bezels around, the Lenovo Tab V7 packs a 6.95-inch screen with 2160 x 1080 resolution and the same aspect ratio as other all-screen phones out there -18:9. It got some top and bottom bezels, with no notch but it still manages to pull off an 81% screen-to-body ratio.

Made of a smooth polycarbonate design fitted with the dual front-facing stereo speakers, enhanced by Dolby Audio technology, a fingerprint sensor on the back, 2D Face unlock, a 5,180 mAh battery, and dual-SIM support. Under the hood, the device gets the Qualcomm 450 CPU and 4GB of RAM, and on the rear side, there is a single 13MP camera, and a 5MP selfie camera with panorama mode, bokeh effect, and more. 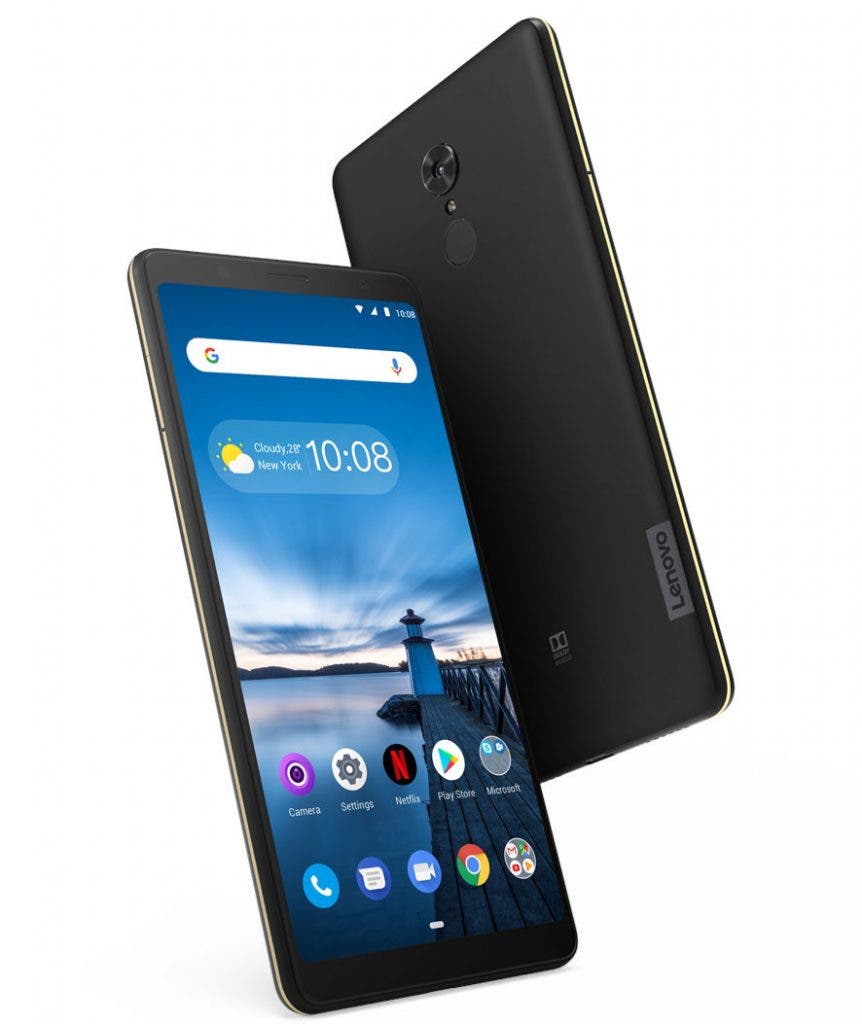