Along with the new Samsung S10 flagships, the Korean tech giant brought another really interesting line here in Barcelona, the A series. The lineup includes the Samsung Galaxy A50 and the A30; in this post we’ll be checking out the first, best specced one. 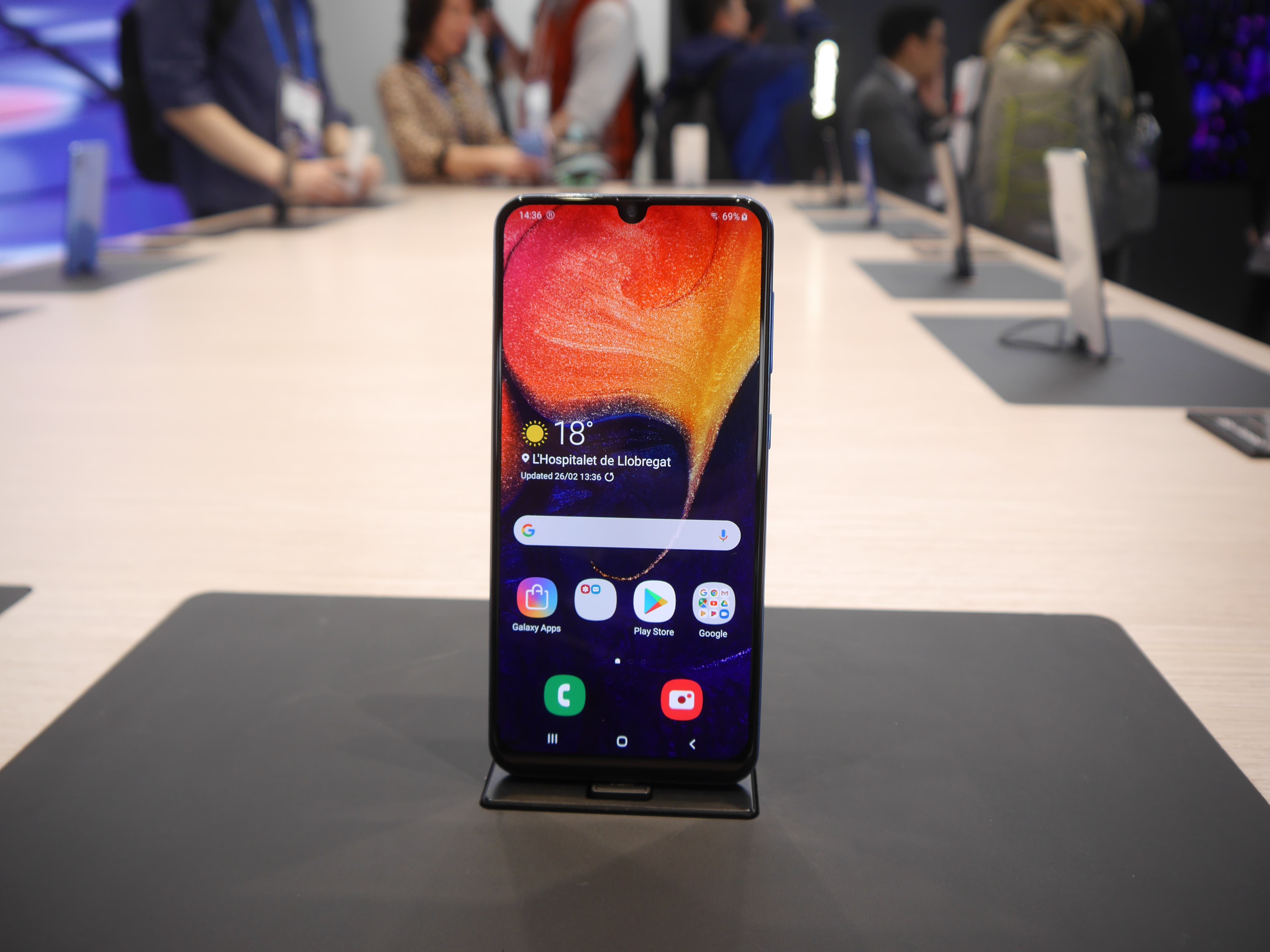 Let’s start with the design, the Galaxy A50 brought the notch Samsung claimed they would never bring but at least it’s one of the less obstructive ones we’ve seen. Bezels around it are also quite thin, so we’ll give them a path. As far as the bottom bezel, it’s a little thicker but nothing crazy, at least for the price point. 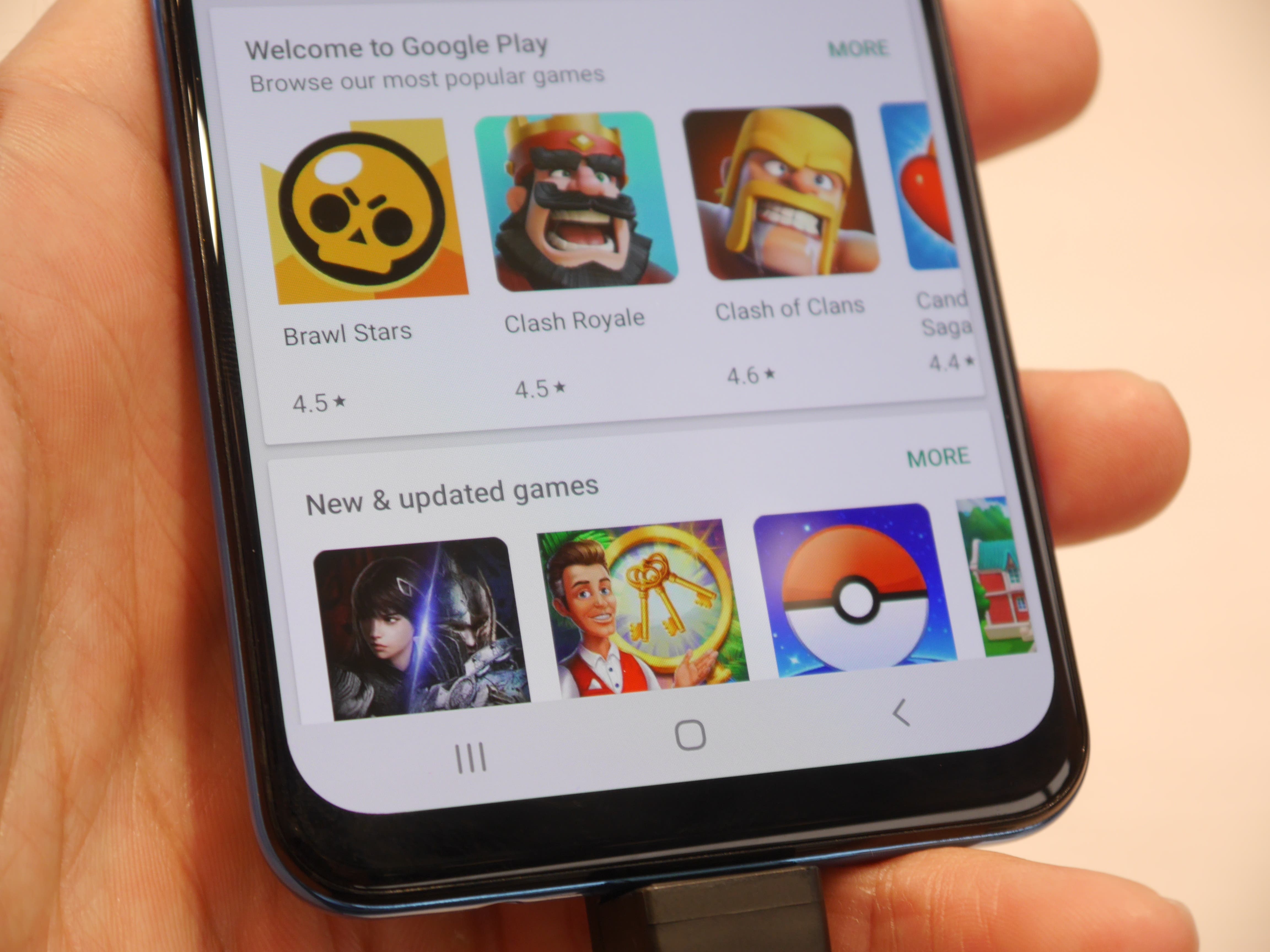 Within this rather good looking body we find an as good and large 6.4-inch display which adopts Samsung’s Super AMOLED technology, it’s 1080 x 2340 (FHD+) of resolution and has a 19.5:9 aspect ratio. Beneath the display we then have an under display fingerprint scanner.

The Samsung Galaxy A50 is powered by an octa-core Exynos 9610 CPU using a 10nm process, paired with either 4GB or 6GB of RAM and 128GB of storage expandable through microSD. Albeit being “only” a mid-ranger, the A50 still comes with three rear cameras, including a primary 25MP snapper with f/1.7 aperture, a 8MP ultrawide lens and a 5MP depth sensor to create photos with bokeh effect. At the front, in the tiny notch we find a 25MP selfie snapper. 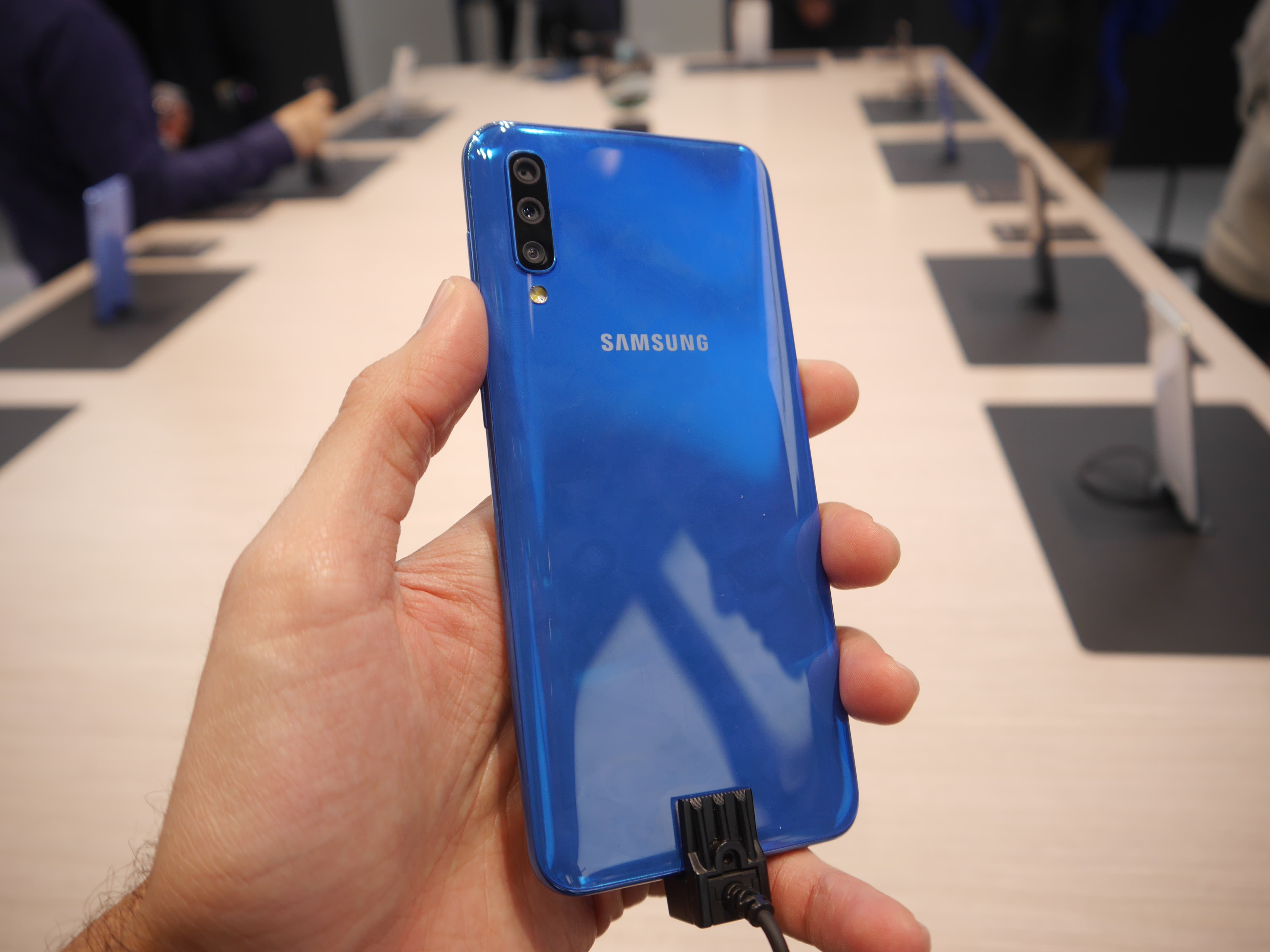 Finally, what’s probably the smartphone best selling point is its battery. The Samsung Galaxy A50 does indeed come with a large 4000mAh juice pack, with support for 15W fast charging. Overall, the handset felt really nice in our hands, if you wouldn’t know you’d say this was a proper flagship and that’s mostly due to the high quality display, the presence of a fingerprint scanner and a really slim design for a phone with a 4000mAh battery.