Recently, it’s been pointed out that the Xiaomi subsidiary Black Shark will bring a brand new smartphone. As for now, a new phone with a model of SKW-A0 has passed the 3C certification on February 25. The applicant for this certification is Nanchang Black Shark Technology Co., Ltd. So there is every reason to think this is the next-gen gaming smartphone of this brand.

The 3C certification website also shows that the power adapter of the machine has a model number of MDY-10-EH, and the output power is up to 27W. The cable charging power of the Xiaomi Mi 9 released a few days back is also 27W. So these two phones are likely to use the same fast charging technology.

Previously, we have heard the new Black Shark gaming smartphone will be packed with a Snapdragon 855 and a memory of up to 12GB. Plus, this handset is going to support the same Game Turbo feature similar to the Xiaomi Mi 9. As you remember, there was a semi-official announcement proving, within two months or so, Xiaomi (including Black Shark) will be the only manufacturer offering the Snapdragon 855-powered smartphones. Does this mean the new Black Shark is coming in the nearest future? It’s believed we will see it on March 1. 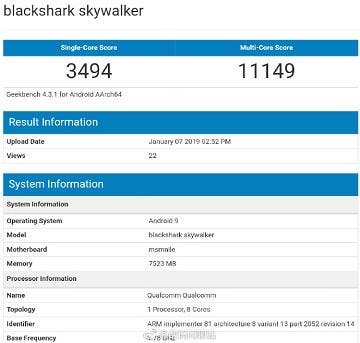 Anyways, the leaked GeekBench shows the phone codenamed Black Shark Skywalker scores 3494 points and 11149 points in the single-core and multi-core tests, respectively. Also, we can see that it is packed with an SND855 chip, an 8GB RAM, and Android 9 out of the box.

At the same time, /Leaks has shown the back panel of the upcoming Black Shark. It adopts a hardcore shape and a vertically-placed dual-camera. 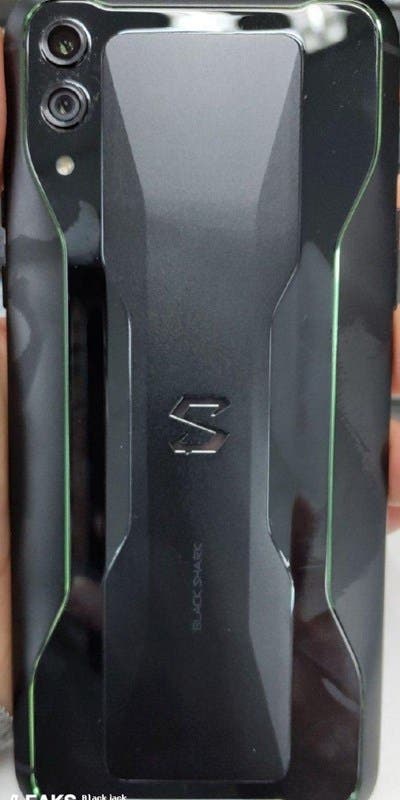