Samsung like clockwork introduced a new line-up of their premium ‘S’ series devices this year. The trio launched recently and received global attention for their amazing specifications. One notable feature was the debut of the under screen fingerprint scanner. Early leaks showed us the glass S10 screen protector with a round hole over the scanner.

This led Samsung to make the decision of pre-applying a protector in the factory. Was this done to benefit the end consumer? They never officially acknowledged the problem with glass , But manufactures of screen protectors were informed.

The justification for using a ultrasonic sensor instead of an optical sensor was that it provides better security , stain and water resistance. Now the problem , we know for a fact that the screen if scratched heavily will no longer register a finger print properly. A crack will render it useless. Most people apply a glass protector to protect the device from cracks.

Samsung claimed recently that the pre-applied S10 screen protector costs them 30$ to make and apply. They also claim a good fit and perfect match with the curves. No previous device in the S or Note series got this treatment. 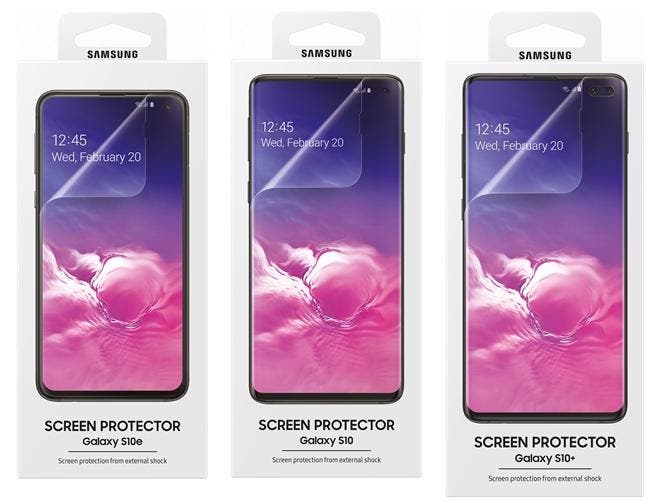 A move seen by many as Samsung being kind is wrong. Their conscience is a bit late as this is the first device they decided to protect. For a device that can cost up-to 1600$ all that stands between working and non working is a plastic film. To make matters worse , The protector is not covered under warranty. Any damage and you have to pay another 30$ to fix it.

Was is really a risk that Samsung should have taken? only time will tell if the screen stands the test of time and the scanner continues t work.

what is your opinion? Should Samsung just be happy that they have pre-applied a protector and the consumer should feel safe? let us know in the comment section below.

Next Huang Zhang: Meizu 16T to come with SD855 & a triple camera setup