As we learned recently, the Meizu Note 9 is set to be officially unveiled on March 6th, so in just a couple of days. The smartphone has been rumored to boast a lots of interesting specs but up until now we’ve had no confirmation. Today that changes as a new benchmark result appears on renown site GeekBench which portrays the upcoming phone in all its prowess.

As you can see in the image below, the Meizu Note 9 present on the GeekBench 4.3 database shows up with a single core score of 2404 points while the multi core score is 6027. 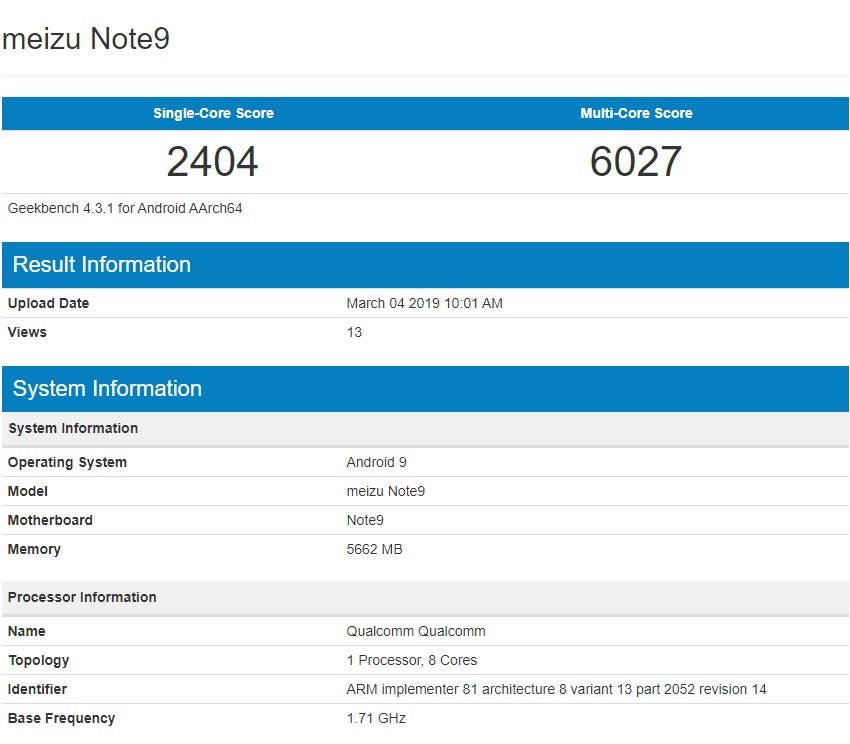 Although the chip model isn’t shown on the benchmark, the scores and the various data confirms the processor in question is the good Qualcomm Snapdragon 675 with a base frequency of 1.71Ghz paired with 6GB of RAM and running Android 9.0 Pie out of the box which will probably have a Flyme 8 skin on top.

As far as the actual benchmark scores are concerned, we’re looking at a pretty amazing CPU that beats the Snapdragon 710 (floating around 1800/5800 or so), with the single core performance doing better than the couple years old Snapdragon 835 flagship CPU. The Snapdragon 675 is a mid-range SoC released by Qualcomm last October, it’s based on the 11nm manufacturing process and adopts a 2+6 eight-core architecture. 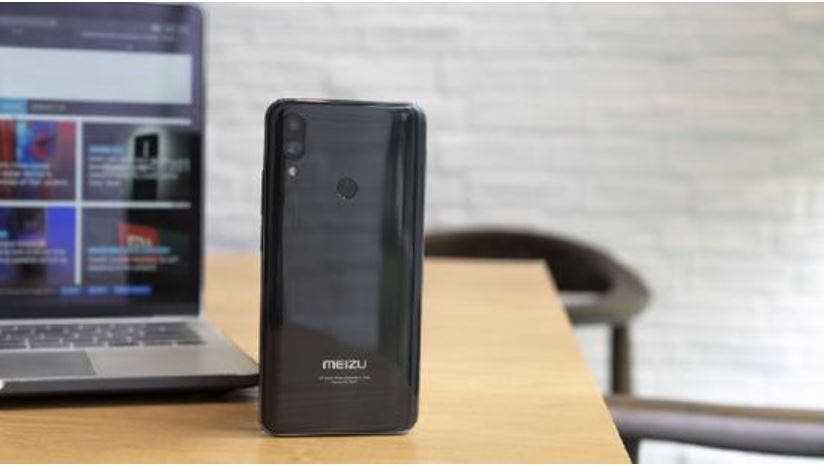 Aside from the powerful CPU, we expect the Meizu Note 9 to also pack an extra-sharp 48MP rear shooter (not sure whether it is Samsung GM1 or Sony IMX586) with a battery capacity of 4000mAh (USB-C port) and support for fast charging. The Meizu Note 9 will then probably sport a 6.2-inch tear drop notch screen on the front and a fingerprint scanner on the back.