After launching the VI5 Pro, V15, and the Iqoo phones earlier this year, VIVO is all set to drop a refresh of the mid-range VIVO X series later this month. Set to arrive as the VIVO X27, the device has been leaking left and right and is now said to arrive in three variants including the VIVO X27 Pro. 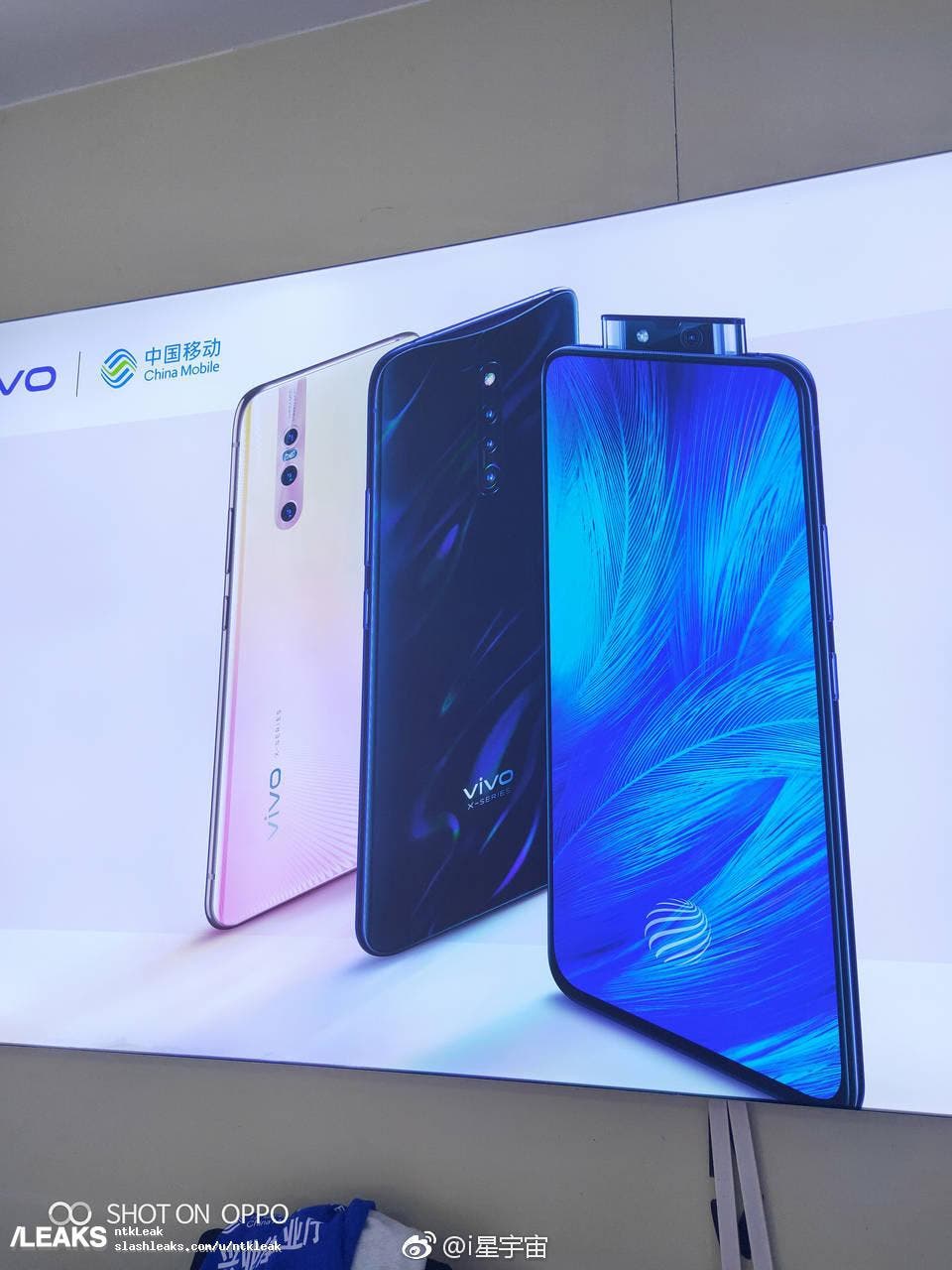 Unlike previous VIVO phones and the leaked VIVO X27 with a pop-up selfie camera that is usually about a centimeter wide that is located slightly to the left or right, the leaked poster reveals the alleged VIVO X27 Pro indicates the X27 Pro will get an unusually wide and a centrally placed pop-up selfie camera system. The Pop-up system gets a single camera sensor rumored to be a 32MP sensor coupled with an LED flash both of which are flanked by what appears to be clear glass.

Aside from getting a larger pop-up camera system, the X27 Pro as per the leaked poster seen below is expected to come with a different rear design. While the regular X27 is expected to have its triple rear camera setup vertically situated to the left, the VIVO X27 Pro is tipped to get a similar triple rear camera setup, but in a central alignment. 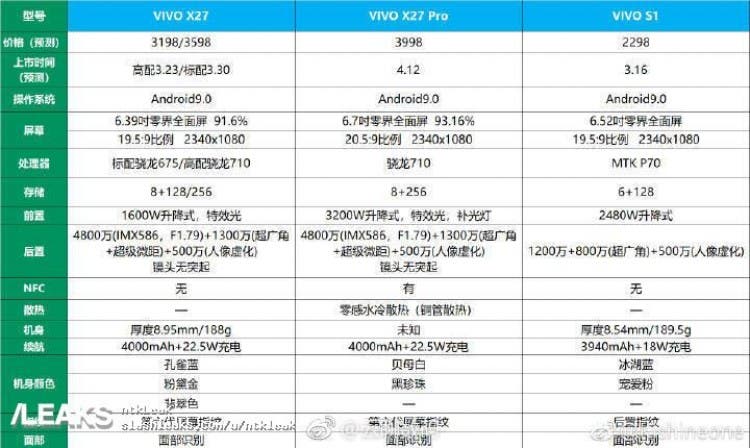