While some smartphones are yet to receive Android Pie, Google seems to be very enthusiastic with its upcoming Android version, for now, simply dubbed as Android Q. A GeekBench listing surfaced today revealing a 2017’s Pixel 2 running the tenth version of the world’s most used mobile operating system. This basically indicates that a Developer Preview of the upcoming Android version is nearing the shores. 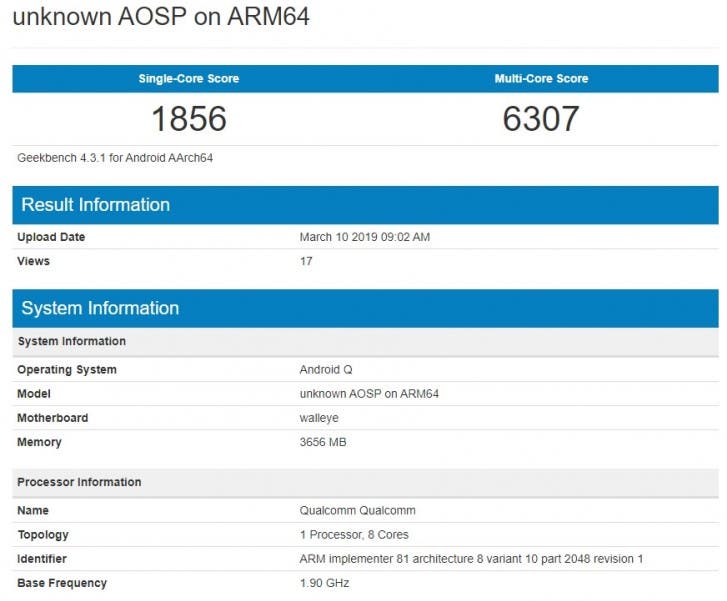 The GeekBench listing sheet reveals an unknown device running Android Q on ARM64 processor, but it’s easy to know that it’s the Pixel 2 after all it carries the “Walleye” codename used for Google’s handset. The Android Q Developer Preview is strongly expected to launch during this year’s Google I/O conference on May, however, we wouldn’t be surprised to see the search giant seeding a taste of its upcoming Android flavor a bit sooner than expected.

So far, there’s no much about the features that will come with Android 10.0 apart from the arrival of the long-wait system-wide dark mode that is finally coming, along with desktop mode. Other features will be revealed during Google’s I/O conference. According to reports, this year’s Android Q Beta is expected to cover more smartphones from various brands, of course, a great benefit from Project Treble.