Huawei and Anritsu recently announced that their cooperation in 5G conformance test has made significant progress. The Huawei Baron 5000 5G baseband uses Anritsu’s conformance test system, which is the first in the industry to complete the Non-Standalone (NSA) mode. They carried out debugging of conformance test cases in NSA and SA (Standalone) modes. The overall progress of the 5G SA model has been greatly accelerated, further narrowing the gap with the NSA model, and it is of great significance to shorten the development cycle of the SA model and realize trial commercialization as soon as possible. 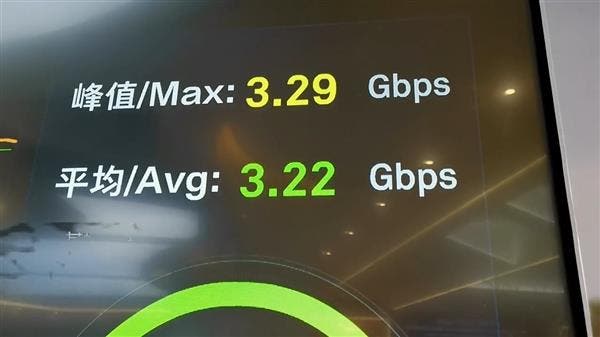 Baron 5000 is the industry’s benchmark 5G multi-mode baseband. It is the first in the world to support SA and NSA networking. The single chip supports 2G/3G/4G/5G network standards. The download speed of Sub-6GHz band is up to 4.6Gbps. It is twice the industry’s average, and the fastest in the millimeter wave band – 6.5Gbps. If the LTE dual connection is superimposed, it will reach 7.5Gbps at the fastest , which is 10 times the 4G LTE experience rate.

According to Huawei’s actual test, under the current conditions, the peak download rate of the Baron 5000 device can reach 3.29Gbps, the average rate is 3.22Gbps, which is about 400MB/s, and it can download more than 1GB HD video in three seconds. Watching 8K ultra clear video will not be a problem.