Smartphones and tablets are two completely different product categories, but with the advent of foldable phones, they will soon become one. Some renders of Samsung’s foldable phone shows that it is developing a wearable-like phone. Unlike the Galaxy Fold, which can be folded horizontally, the device described by the renders can be bent vertically. The flexible display and specially designed hinges form the majority of the equipment frame. With this form factor, users can use it as a regular smartphone when necessary, but the display will be very long. On the other hand, if the user wants a smartwatch-like experience, the device can be wrapped around their wrist by applying a little pressure on the frame. This concept is not entirely new as Lenovo and Nubia (Nubia Alpha) have similar devices. 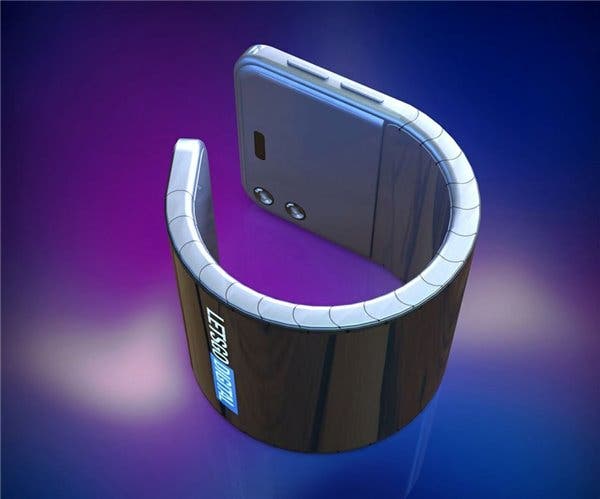 Due to the flexible design, the device will have a tendency to roll up again, but the user can prevent this from happening by a special locking mechanism mounted on the back. When pressed, the smartphone can be used in the unfolded position without automatically bending backward. On the other hand, in order to keep the device in place when rolled up, Samsung uses two magnets (placed at either end of the product) that attract each other and remain in a folded position. The device described also has an on-screen fingerprint function, with a dual camera at the rear and something that looks like two self-portraits. In addition, the software should also be automatically adaptable to the shape.

Next Huawei wants to sell a €1000 foldable device, plans to surpass Samsung in the next year