Yesterday, we reported Xiaomi is going to launch two new routers. Today, everything happened as planned. The Xiaomi router 4A and 4A Gigabit version were released. The former is priced at 119 yuan ($18), while the latter will be on sale on March 19 at a price tag of 169 yuan ($25).

According to the official data, the Xiaomi router 4A supports 2.4G/5G dual-band concurrent wireless connection with a rate up to 1167Mbps, which belongs to AC1200 routing category. It has 4 external high-gain antennas, an environmentally-friendly matte plastic shell, and runs MiWROM based on OpenWRT deep customization.

The 4A is packed with a MT7628DA chip, a 64MB RAM, a 16MB ROM, provides one 100M WAN port and two 100M LAN ports. The company officially stated that the 4A is suitable for families with broadband below 100M, and can stably connect 64 devices. By the way, the processor is consistent with the Xiaomi Router 4C’s hardware.

As for the second model, the Xiaomi Router 4A Gigabit version sports an 880MHz dual-core four-thread processor, a 128MB RAM, provides a Gigabit WAN port and two Gigabit LAN ports. As the company claims, it is suitable for 100M broadband homes, and can stably connect up to 128 devices.

Recently Xiaomi announced the Mesh router that connects up to 248 devices simultaneously. So we guess the upcoming Xiaomi Router 4A and the Gigabit version are coming for larger masses. It is reported that the sales of Xiaomi router have exceeded 12.2 million units. 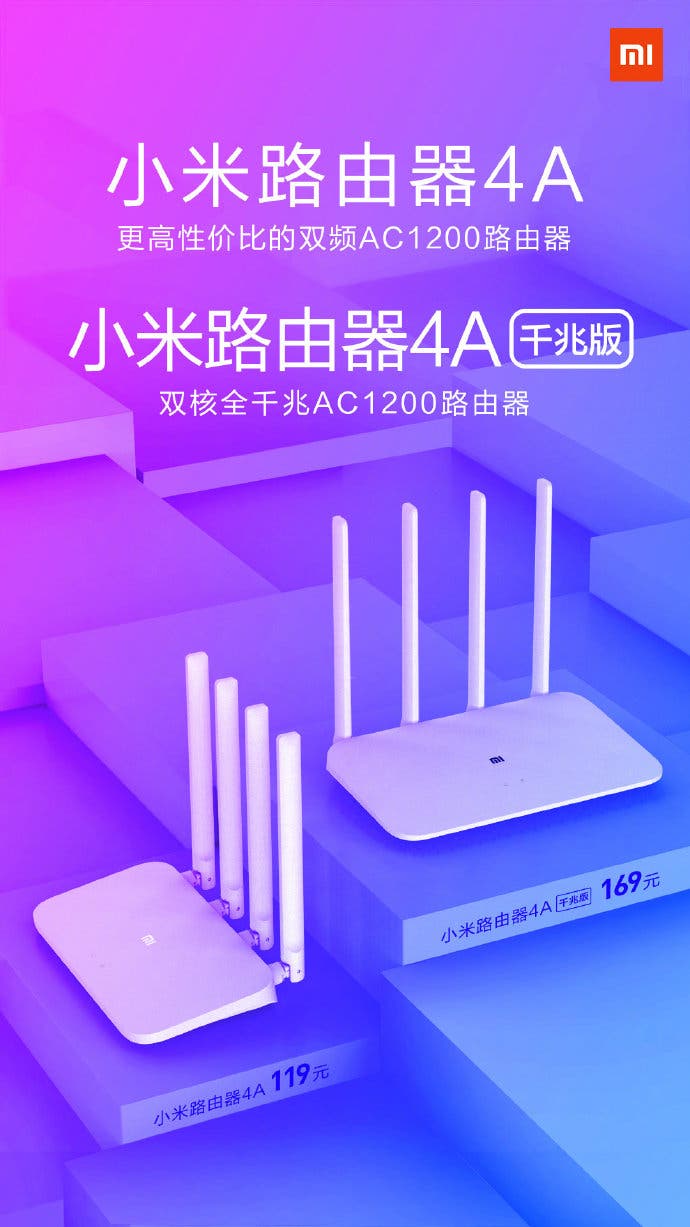