An upcoming OPPO phone dubbed the OPPO A5s had its full specs leaked earlier this month. though the OPPO A5s moniker was yet to be confirmed then. Now, it appears the smartphone is real and could be dropping soon as it has now passed through India’s BIS and Thailand’s NBTC certification agencies.

While we rely merely on speculations before now, Thailand’s NBTC certification agency has now certified the OPPO phone with not only the model number CPH1909 but with the OPPO A5s moniker. Documents from both agencies do not reveal anything beyond the marketing name and the model number, but thanks to a massive leak from last week, we do now know the device will be the sequel to the OPPO A5, and as such expected to come with some upgraded specs.

As per the previous report, the OPPO A5s is expected to come fitted with a 6.2-inch HD+ 19:9 aspect ratio display with 720 x 1520 HD+ resolution, while it will drop the wider and intrusive iPhone X-esque notch style for a more seamless water-drop notch. Under the hood, the A5s will drop the Octa-Core Snapdragon 450 14nm Mobile Platform for MediaTek’s 12nm Helio P35 octa-core processor with four ARM Cortex-A53 cores clocked at 2.3 GHz and an IMG PowerVR GE8320 GPU, while the storage and RAM option will increase from just 4GB/64GB variant to 2GB/3GB/4GB RAM and 32GB or 64GB of expandable onboard storage. 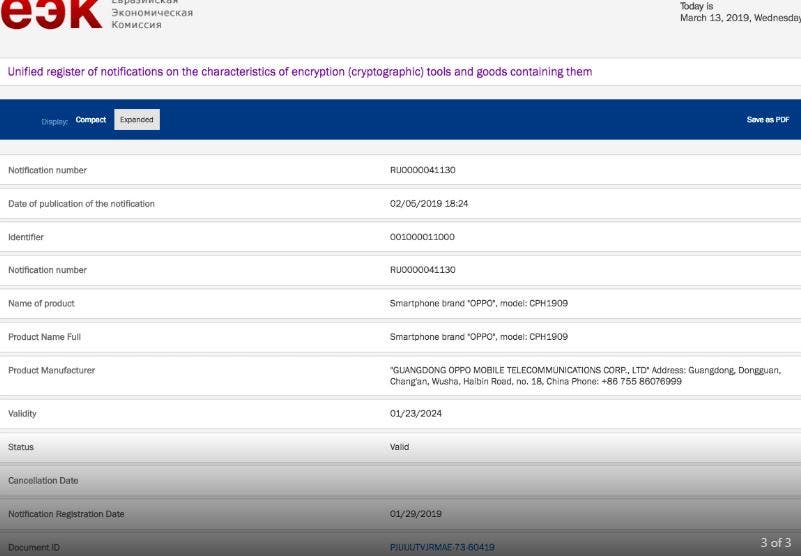 On the camera front, the device is expected to come with a 13-megapixel rear camera paired with a secondary 2-megapixel camera for portrait shots and an 8-megapixel front camera with AI beautify features that intelligently recognizes 296 facial features. One disappointing bit about the device, however, is that it will boot Android 8.1 Oreo-based ColorOS 5.2 out of the box. 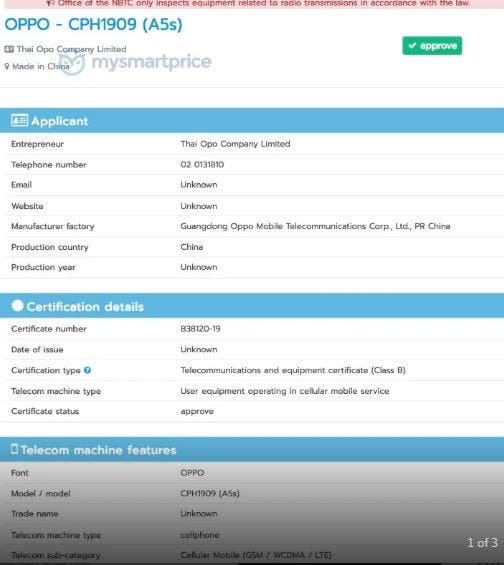 We are not sure when the OPPO A5s will launch officially and could launch in India and Singapore.

Next Huawei P30 Series Will Have a Super Bright Night Mode