Asus has expanded its smartphones lineup with the launch of two new devices in its Zenfone series of smartphones. Dubbed the Zenfone Max Shot and Max Plus M2, both phones were spotted on ANATELs’ database earlier this month and has now been launched in Brazil. Both devices are virtually the same- in appearance and even in terms of its internal, but not without some notable differences.

Housed in an aluminum casing, the Asus Zenfone Max Shot and the Max Plus M2 flaunts a 6.26 inch FHD+ notched IPS panels, and while we had expected the duo to get the usual SoC, Asus has decided to stuff both devices with the new Qualcomm Octa-core Snapdragon SiP 1 – an identical SoC to the budget Snapdragon 450 with its 1.8GHz octa-core CPU and Adreno 506 GPU. The Max shot gets 3GB/4GB RAM and 32GB/64GB storage options, while the Max Plus M2 is available only in  3GB RAM and 32GB storage.

What is a SiP you may ask? well, a SiP, unlike the SoC which is the chipset separate from other components, has every components incorporated into one single circuit board which is then integrated with the motherboard. The takeaway here is that the SiP helps free more space in smaller devices like smartphones.

They are both powered by a 4000mAh battery but differ slightly in camera configurations. The Zenfone Max shot gets a total of 4 cameras – a single 8MP front-facing camera, and a tri-camera setup at the rear comprising of a 12 MP regular, 8 MP wide angle and 5 MP depth sensor camera setup, while the Zenfone Max M2 make do with a dual camera set up at the rear – a 12 MP regular + 5 MP depth sensor coupled with an 8MO camera,

These devices get dual nano SIM slots and microSD slots, micro USB ports, a 3.5mm jacks, and will, unfortunately, boot the dated Android 8.1 out of the box, but with a timely upgrade expected. 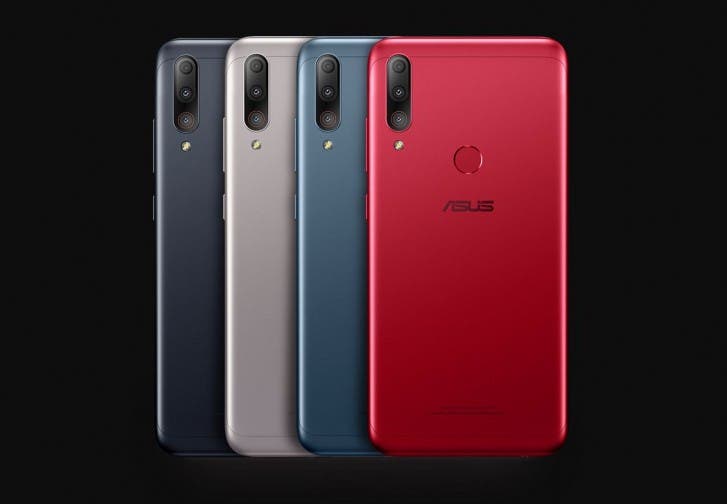 Next Huawei strengthens its router security with IPv6 update