Samsung is gearing up to release its second Android Go smartphone like the Galaxy A2 Core. Today a new official image has leaked, as a courtesy from @evleaks, revealing the smartphone overall look and cheap nature. According to a GeekBench listing revealed back in last month, the Galaxy A2 Core official name is SM-A260F, that information leaked alongside some key specs of the upcoming handset. 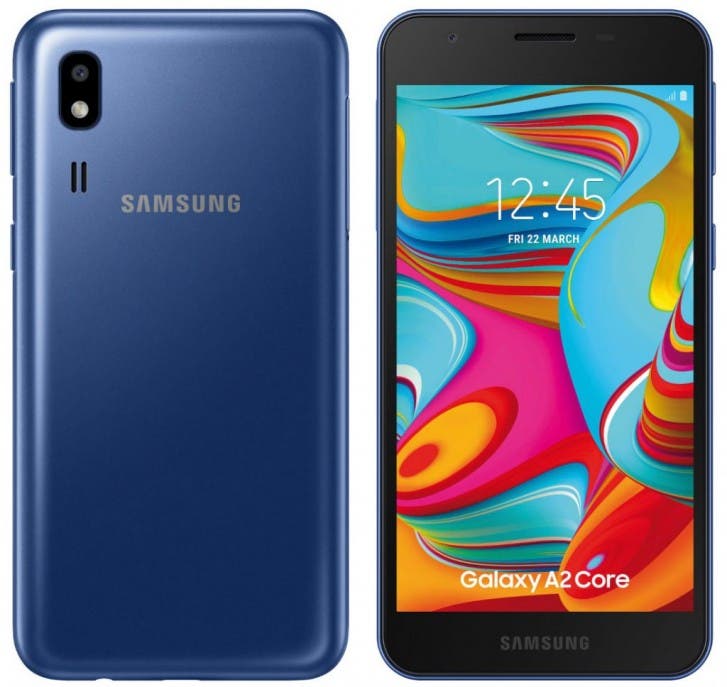 As we can see through the images, the Galaxy A2 Core shares the front panel with its sibling Galaxy J2 Core. That includes the usual thick bezels and Samsung’s logo in the chin. Around the back, the single camera and flash are located in the top right while the handset main speaker is placed rather unusually below the LED flash. The A2 Core design is a throwback in Samsung’s 2013-2014 era.

Since this is an Android Go smartphone, you should not expect appealing specifications, and the A2 Core isn’t an exception. The handset is powered by the Exynos 7870, which is better than what other Android Go handsets offer, but the things get back in the perspective due to the 1GB of RAM. Such should ensure stability in the half-baked Android Go apps, but turns multi-tasking something nearly inexistent on this device.

Until the moment that’s everything we can speculate about the Galaxy A2 Core, despite the fact that Samsung hasn’t disclosed a release date, the March 22 date on the lock screen is a good clue that this Android Go can be released as soon as next week.