Xiaomi’s founder and CEO Lei Jun have spoken in an event recently in China where he disclosed some of the company’s plans for the future. Lei Jun shared some details about Xiaomi’s envisioning of 5G networks, Artificial Intelligence, and the Internet of Things. These three key segments will constitute the future Super Internet and Xiaomi’s is pretty aware of this fact with the continuous development of its AioT. The CEO of Xiaomi reportedly said that Xiaomi wants to set a new trend in the mobile industry by offering 18-month of warranty for its smartphones as a standard. 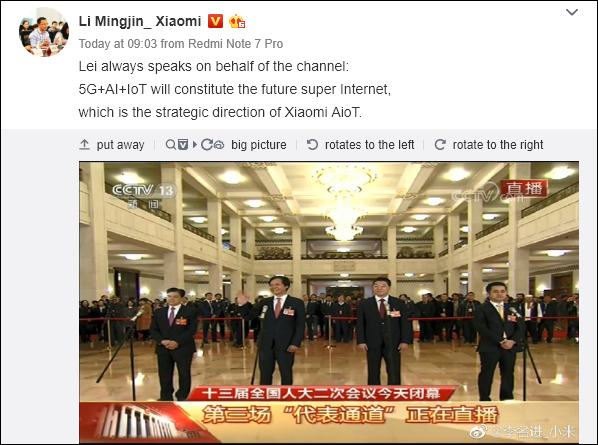 The smartphone that kicked this new policy was the Redmi Note 7, offering 18 months of warranty rather than the usual 12 months from previous Xiaomi smartphones. Xiaomi teased that users who purchase the midrange offering would get these 18-months of warranty even though the handset was advertised in January with a strong build. Now we already know that the Note 7 isn’t as strong as we thought, and the 18 months are pretty welcome.

Xiaomi wants to go further by ensuring that all its upcoming handsets get this 18-month warranty as a standard. In order to achieve this, and to put some pressure over its competitors, the company will take it’s quality’s assurance committee will pilot an 18-month quality assurance system in the phone industry during this year.

Lei Jun announcement was part of “2019 Quality Service Year” which was unveiled back in January during Redmi conference that revealed the Note 7.  During the even, Xiaomi Group’s Vice-President and chairman of the quality committee, Yan Kesheng, revealed that the company will not only pay attention to the quality of its products but will also keep an eye in the entire life cycle of the product, and the quality of service provided to consumers of these products. He finished his statement by ensuring that the improvement of service quality would ultimately improve the overall user’s experience.

If other companies will jump in Xiaomi’s bandwagon by offering the same 18-month warranty service only time will tell.