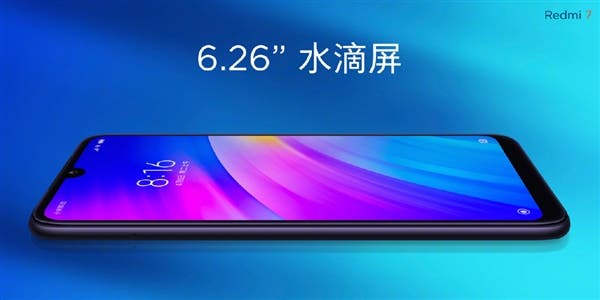 This smartphone comes with a Snapdragon 632 SoC, uses the Corning Gorilla 5 and provides an 18 months warranty just like the Redmi Note 7. It also uses an eye protection screen which prevents excess light from the eyes. The price is quite interesting as it was released for 699 yuan ($104). 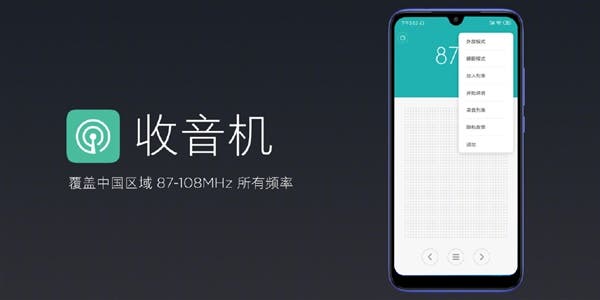 The Redmi 7 features a 6.26-inch 19:9 drop screen with a resolution of 1520 x 720. Lu Weibing also introduced Redmi 7’s stepless color temperature adjustment and the new highlight mode. It offers three memory configurations which include 2GB+16GB, 3GB+32, B and 4GB+64GB. All versions comes with the P2i anti-splash design and the “micro-crack” edge polishing process gives adequate protection for the four-corner fuselage. 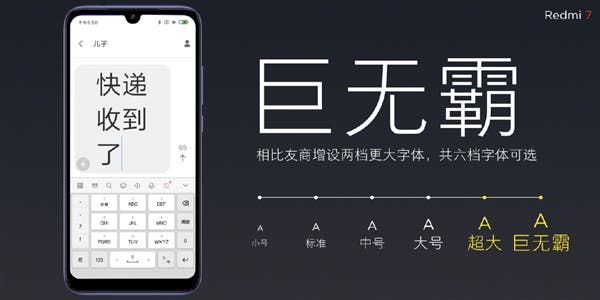 In the camera department, the Redmi 7 comes with an 8MP selfie camera and a dual rear AI camera which has a 12MP main sensor. The lights of this smartphone are kept on by a 4000 mAh battery. The battery uses a graphite negative electrode and with more than 30 software + hardware-level power-saving optimization added to the system-level AI intelligent power saving, the company said that the card standby reaches 400 hours. Furthermore, this smartphone supports 2 SIM cards, and the memory can be expanded up to 512GB. It will be available in three colour options which include Bright Black, Charm Night Black, and Dream Blue. 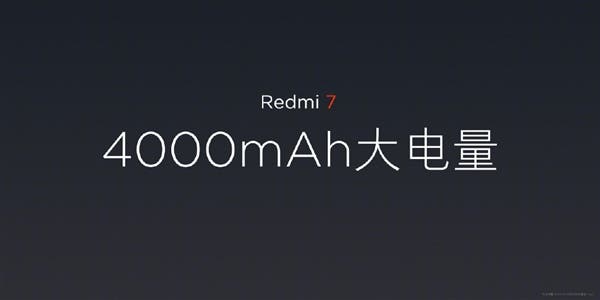 Next Lu Weibing: Redmi Note 7 Pro can be shipped tomorrow