The Black Shark 2 from Xiaomi will go official in a few hours from now, and while not many info about the device has slipped out in the days leading to this day, a new leak from out of China appears to have given us the chance to behold the device before it finally goes official. The official-looking render emanated from Weibo over the weekend, and only gives us a glimpse of the device, at least from the front side.

Defiling current trends, the render suggests the Black Shark 2 will arrive with a notch-less design , and while one had expected to see that design match p with a bezel-free design, the Blackshark 2 actually does take after the Galaxy S series in terms of bezel thickness but doesn’t have the curved display of the former. The top bezel houses a single sensor believed to be the front camera, while the bottom is bare with no visible sensor.

Beside the Black Shark 2 render is the accompanying Another redesigned detachable game joystick almost similar to the one on the Nintendo Switch. Although the gamepad is that visible in the render, we are confident it will be similar to the Black Shark Helo that featured two controllers on each side to truly turn the phone into a mobile gaming handheld.

To handle gaming tasks appropriately, the device will get a new Liquid Cooling 3.0 tech, improved battery capacity with 60 percent better discharge rate, while it might get a 48MP primary camera as well as a glowing logo at the rear. We do not know much about the device right now, but there are indications it will get the SD 855 from Qualcomm. 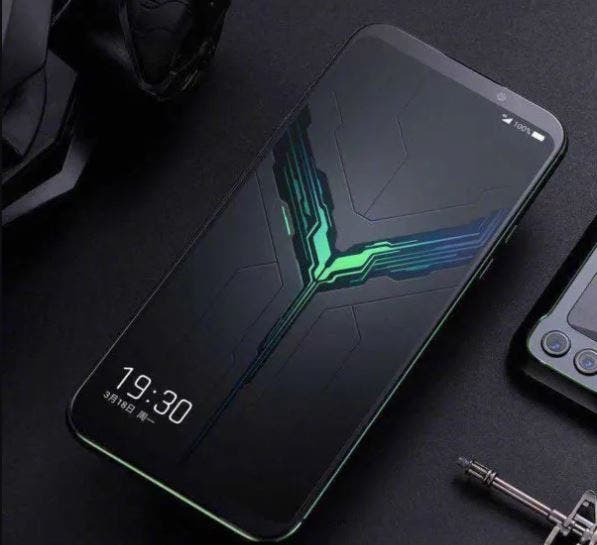 We’ll get to know more about the Black Shark 2 in about few hours times once goes official.