March 18th is going to be a very busy day for Xiaomi and its Redmi sub-brand. In addition to the release of Redmi Note 7 Pro, Redmi 7 and other non-smartphone gadgets by Redmi, Xiaomi will also release the Black Shark 2. Today, Xiaomi officially announced that the Black Shark gaming phone is now available for reservations on Black Shark Mall, Xiaomi Mall, and Jingdong Mall. 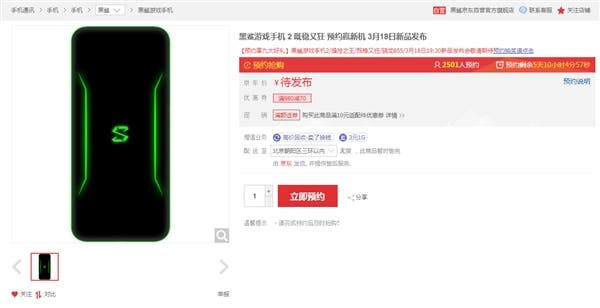 The Xiaomi Black Shark Game is equipped with Qualcomm Snapdragon 855 flagship platform. The SoC is built on 7nm process technology and adopts a new three-cluster eight-core architecture, which is composed of 1×2.84GHz super large core, 3×2.42GHz large core, and a 4×1.8GHz small core. These are supported by an Adreno 640 GPU. Apart from this, Black Shark 2 will be also equipped with liquid cooling 3.0 technology, namely the tower-type global liquid cooling system. 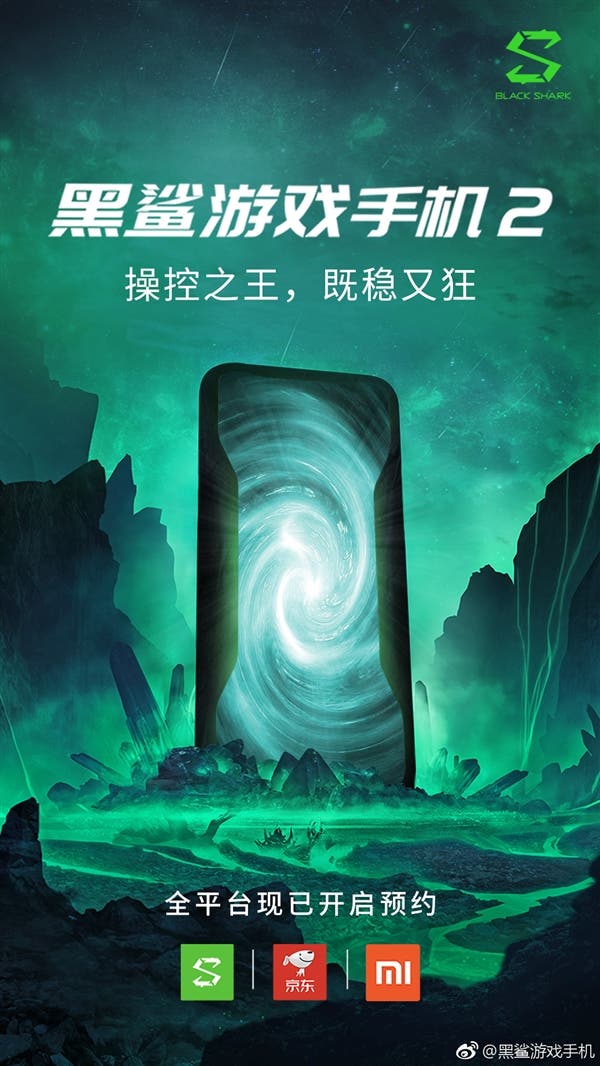 Black Shark CEO Wu Shimin said that Black Shark will always provide players with superb performance and complete experience of the gaming phone. He also said that the company will be open-minded, and sincere. According to Black Shark, considering its product planning, research and development, marketing and other aspects of the in-depth Cooperation, the Black Shark 2 will be the best choice for next-generation mobile games.