Lu Weibing released a launch event poster earlier today scheduling a launch event for March 18 in China. Aside from the launch date, the poster contains the first official render of the device which reveals the design from all angle. From the poster seen below, it is apparent the Redmi 7 will get a vertically aligned dual rear cameras, a fingerprint sensor, while it will get a water-drop notch display with slim bezels and a rather large chin. 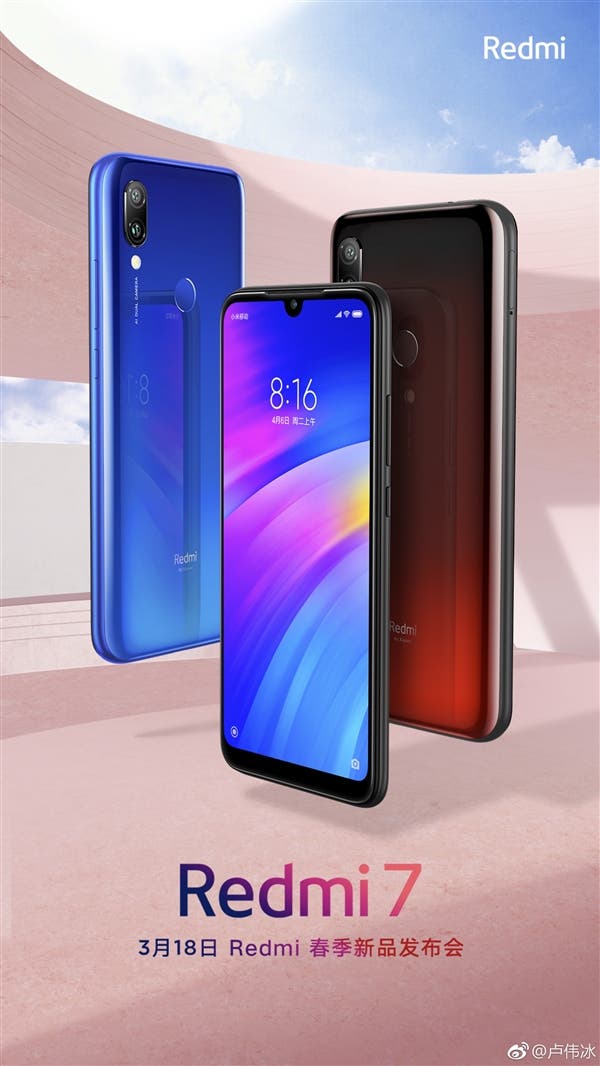 While the Redmi 7 looks similar to the Redmi Note 7, leaks and rumors so far suggests the device will come flaunting a 6.26-inch water drop screen with a resolution of 1520×720 and a screen aspect ratio of 19:9, while it will come with an octa-core processor that is clocked at 1.8GHz with up to 4GB RAM and 64GB storage. The device is expected to come fitted with an 8 million pixels front camera, a dual 12-megapixel + 8-megapixel rear camera as well as a 4000mAh battery.

Next Xiaomi Router 4A and Gigabit Version Will Be Announced Tomorrow