After a tepid year with the Galaxy S9-series, Samsung had a good comeback with the Galaxy Note 9 being considered one of the best smartphones of 2018. Now a year later, the Galaxy S10 is already a hit, and the first reports about the Galaxy Note 10 are popping out. Since the Note 10 is going to be Samsung’s next flagship, there are many reasons to be excited about the new smartphone. However, a new report from South-Korean ETNews says that things may change with the arrival of Note 10, since it may not have any buttons whatsoever.

That may seem a little crazy at first sight, would be Samsung trying to reproduce something like the Meizu Zero? Well, apparently the Galaxy Note 10 approach will be a little different than we’re used to. According to the report, these buttons will be replaced by touch buttons or gestures. That means that user won’t have a physical Volume Rocker, No Power Button, No Bixby…whatever button, but instead will have to rely on touch controls or gestures to use these functionalities, a little weird right? 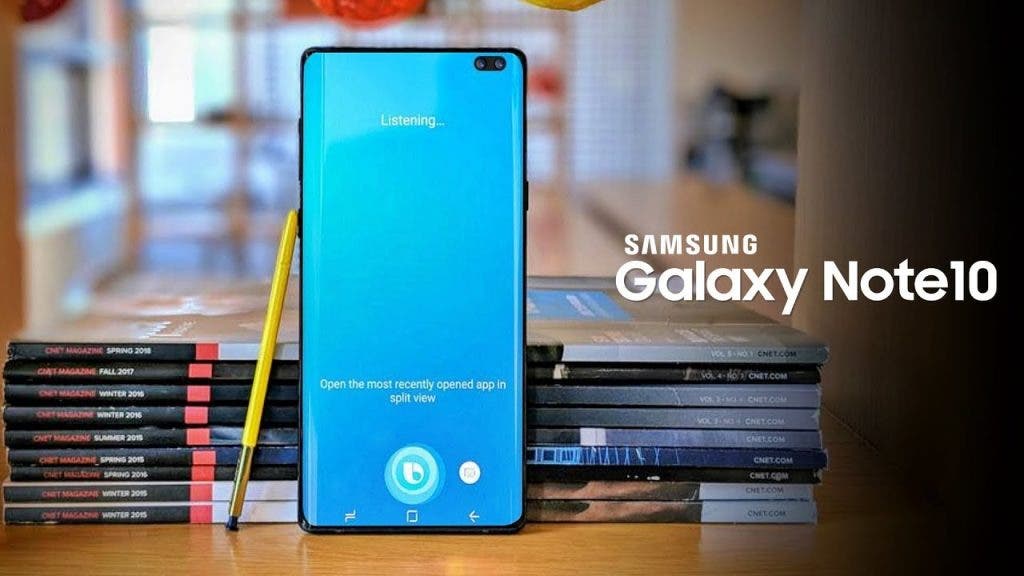 This weird design approach may result in many accidental actions being triggered while the phone is in your pocket, for example. However, it’s possible that Samsung may also be going for a similar side squeeze feature as HTC did. Either way, that’s not something that we see every day, and perhaps after the punch hole displays, someone is going too far in Samsung’s design team. The report says that Samsung is intending to launch the feature on their A series of smartphones first, possibly to test the acceptation and gain an insight into the usability.

It wouldn’t be the first time that Samsung test something in the A series since the South Korean firm already debuted many features through the midrange line of smartphones. From a Quad-Camera setup on the back to the first Punch Hole Camera, the A series got features first or even exclusively. Interesting enough, another report also claims that the Galaxy Note 10 will feature a Quad-Camera setup on its back.

If users enjoy the experience of having no buttons on this upcoming midrange, then Samsung will implement this on flagships sooner or later. Thankfully, the Galaxy Note 10 just launches in August or September, so we still have quite some time to see if this will be confirmed or if it’s just a crazy rumor. It’s still too early for the real rumors and leaks yet, however, we’ll be keeping a close look on any more news about Samsung’s next big thing.