Redmi Note 5 and its Note 5 Pro Indian variant are highly successful smartphones that sold more than 5 million units across the world. Curiously the handset was released in India as Redmi Note 5 Pro and later became available in China and Globally as Redmi Note 5. The handset which originally came in February 2018 with Android 7.1.2 Nougat is receiving MIUI 10 Global Beta 9.3.25 that brings Android Pie to the midrange smartphone.

During the last year, and shortly after its release in India, the Redmi Note 5 Pro received the upgrade for Android 8.1 Oreo that was the latest version of Android, now a year after its debut the handset is receiving the latest flavor of the OS. Beside Android Pie, the new update includes MIUI highly-anticipated system-wide Dark Mode and the Game Turbo feature to the Redmi Note 5. The latter feature was introduced with the Mi 9 and already became available to users of the Poco F1, now owners of the Note 5 will be able to enjoy the maximized gaming experience on the handset. 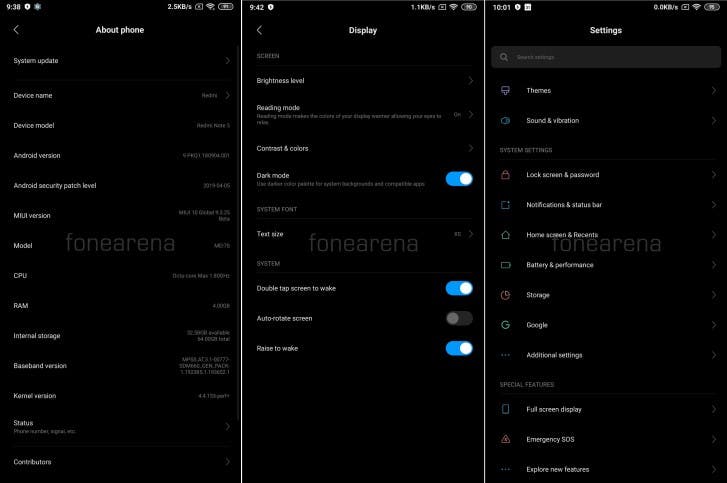 The update also brings redesigned Settings Page. Worth noting that this isn’t a stable update, thus not being recommended for users that need the phone running stable during the entire day. However, if you couldn’t wait to get Android Pie and other features on your Redmi Note 5 Pro, you can flash it in your phone manually, so as previously mentioned beta builds often contain bugs that make them unsuitable for daily needs.

If everything goes well during the beta testing phase, we should see Android Pie being rolled out to every user in the coming weeks.