Besides the camera improvements, everything else on the P30 and P30 pro are quite impressive, although the P30 Pro like last years P20 looks more impressive and cost more than the vanilla P30. For instance, the P30 Pro packs a larger battery size, and along that comes HUAWEI Super Charge tech that can charge up to 70%  in 30 minutes as well as the dreaded wireless charging tech.

While the vanilla HuaweiP30 lacks a built-in wireless coil that is required to charge it wirelessly, Huawei has now moved to bridge the gap between the 30 Pro and its smaller sibling with the release of a Protective case that brings wireless charging to the Huawei P30, based on the Qi standard. Available only in Orange and Turquoise, the case has a dotted design at the back, and comes with TÜV Rheinland safety certification and Qi certification, while it also has an attached permeable magnetic material that ensures it is securely held to your car phone holder. 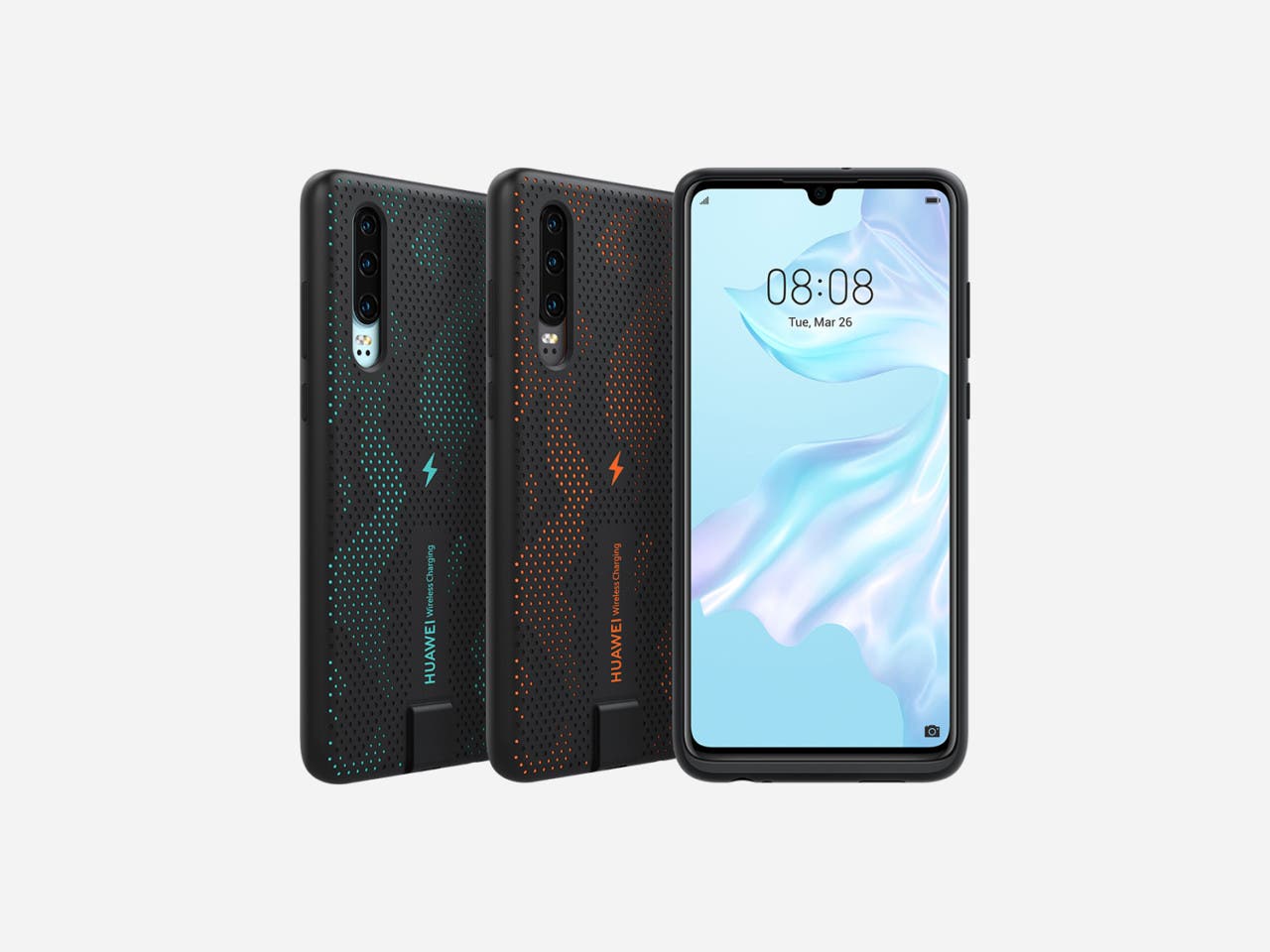 There is a caveat though, the case only supports 10W wireless quick charging as opposed to the P30 Pro 15W wireless charging. We are not sure when this P30 wireless charging case will go on sale, though currently listed on the company’s official website.