OPPO will on April 10 take the wrap off its new OPPO Reno series of smartphones. The upcoming device has been a regular visitor to the leaks and rumor mill, so a lot about it has been uncovered, be it from an official or unofficial sources. We reported of a leaked video and renders of what appears to be the SD 710 powered variant of the Reno flaunting a weird pop-out camera system like never seen before.

Well, the OPPO Reno is on a good course to its release as it is continuing to hit various benchmarks and certification clearance. It was spotted on the Chinese TENAA database a few hours ago, and now it’s been spotted at AnTuTu. The prototype that got put through the paces of the AnTuTu is the same that appeared in a leaked video yesterday as well as on TENAA earlier today – the Snapdragon 710 powered variant. 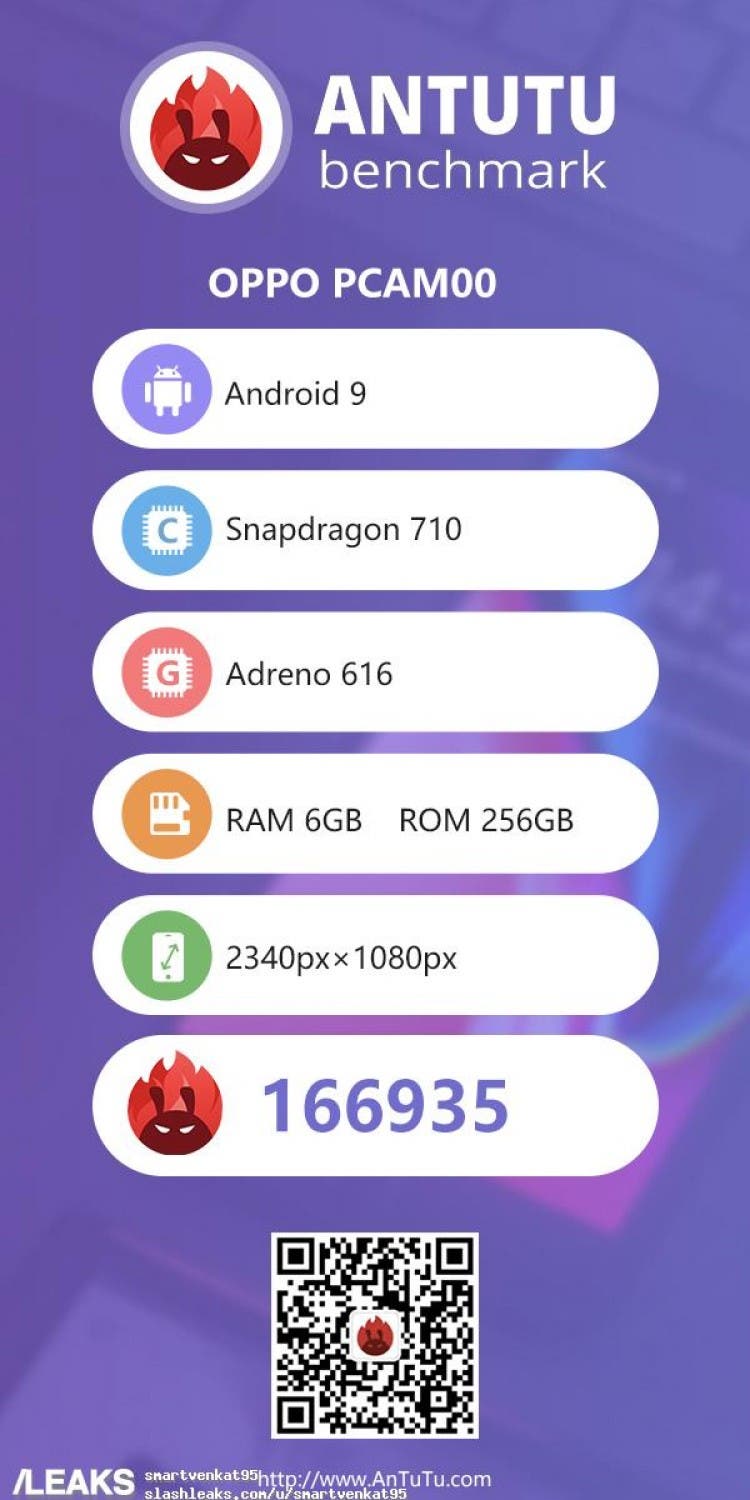 As you can see from the image above, AnTuTu reveals the SD 710 powered Reno will get 6GB of RAM and 256GB of storage, although OPPO is expected to unveil some more variants with advanced SoC, better camera, more memory, and storage, which will command a price premium as you’d expect. It has a 1080p touchscreen and is tipped to boot Android 9 out of the box. The device managed to score around 166,935 points. All and more of these details have previously been revealed by its TENAA listing which has now been updated with images of the device.