The latest from Huawei – the P30 family hasn’t even hit the shelves yet, but a few lucky users of the Huawei P30 Pro report that the premium device is reportedly now receiving its first software update.

Bearing the version number 9.1.0.124(C431E4R2P2) and weighs just over 400MB, this new update among other fixes optimizes the camera performance of the P30 Pro in certain scenarios and also brings a fix for an issue that causes the audio and video to go out of sync when playing Instagram videos recorded in hands-free mode.

The upgrade also includes the fixes for issues where Swiftkey cannot be used in some scenarios, issue where emails with image attachment cannot be sent correctly, adds the display of third-party app notifications when the screen is off, improves fingerprint unlock performance while also integrating Google’s March security patches. 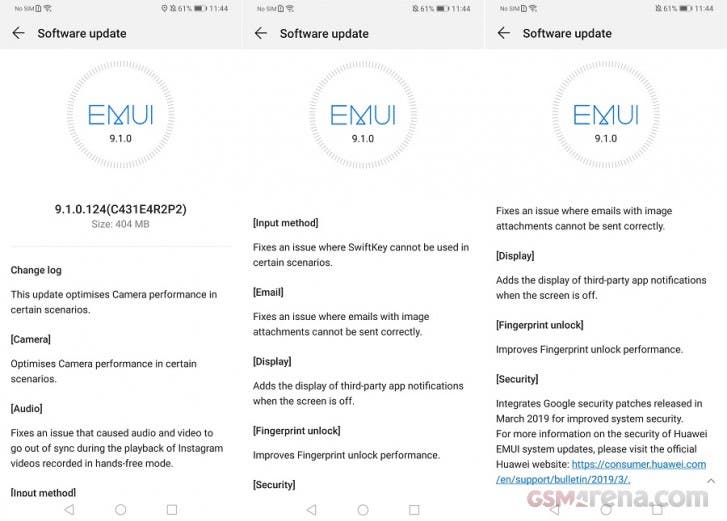 The update is only now rolling out to a small number of influencers/ reviewers and will be hitting your unit on first boot.

The Huawei P30 is Huawei’s 2019 P series top range device. It builds on the triple camera touting P20 pro from last year, with some extras including an additional rear camera, a bigger battery, advanced SoC and many more. You can check out the P30 and P30 Pro full specs and features here.