Huawei has recently announced the new P30 and P30 Pro, two high-end smartphones that come with a price that for many users is quite high.

Xiaomi has decided to bring up the price difference between the Huawei P30 and its flagship Mi 9 through a publication on Facebook comparing the specifications of both smartphones and their prices.

The Xiaomi Mi 9 is listed with a price of €499 and a notice indicating that it is the price in Spain. On the other hand, the Huawei P30 appears with a price of €799, which is not entirely true since the phone costs €749 in Spain. However, the difference is still bulky. 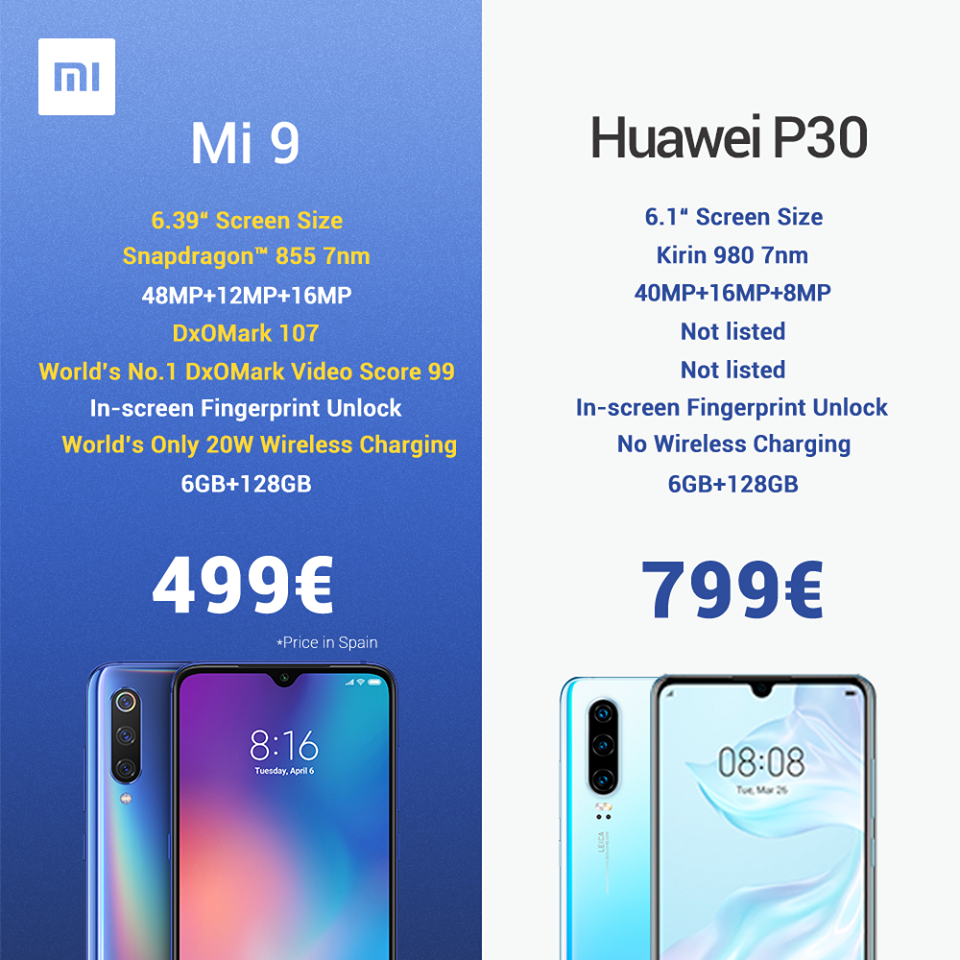 The list of specifications compared is not entirely fair since Xiaomi has chosen those in which it is favored. For example, the company has shrewdly omitted the data of the battery capacity: 3650 mAh for the Huawei P30 at 6.1″ screen vs. 3,300 mAh for the Xiaomi Mi 9 at 6.4″ screen.

Along with the image and the specifications, the company has also written: “At Xiaomi, we really believe in giving you amazing products at #HonestPrices. Do you think a flagship smartphone should cost you a fortune? #Mi9”.

What do you think? Do you think the price of the Huawei P30 is justified against the Xiaomi Mi 9?

Previous March patch and dark mode almost for everyone with MIUI 10 9.3.28 Global Beta

Next AirPods 2 Teardown : repairing them is impossible