Nubia’s Red Magic will be launching its latest gaming smartphone called Red Magic 3 in the coming weeks. The general manager of Nubia smartphones has posted the screenshots of the Antutu benchmark test on his Weibo account. The Red Magic 3 with the model number NX629J has scored a whopping 437,524 on Antutu. It is the highest Antutu score we have ever seen on a smartphone surpassing the Black Shark 2! 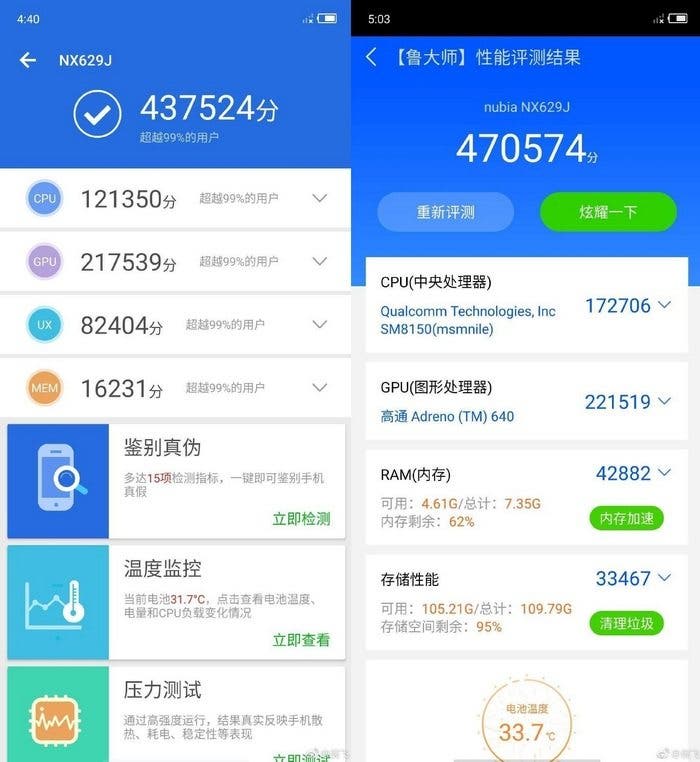 The gaming smartphone of Xiaomi’s partner has behaved very well on Antutu with a record score. The score achieved by Nubia Red Magic 3 is a new record for the platform, especially considering that it is the version with 8 GB of RAM. In short, we expect great things from this little gem.

Under the body, we will have the powerful Snapdragon 855, with memories up to 12 GB of RAM, and a battery presumably over 5000 mAh. To give a little push to the whole we will find an improved cooling system.

The company will also offer enhanced haptic feedback for an immersive gaming experience on this upcoming smartphone. In China, the device will be running on a custom OS. As seen with the previous Red Magic launches, the global variant will come with stock Android UI with the custom built gaming mode.

Previous Galaxy A30 gets a new color option: RED